Use of Body-Worn Cameras by Industries

Use of Body-Worn Cameras by Industries 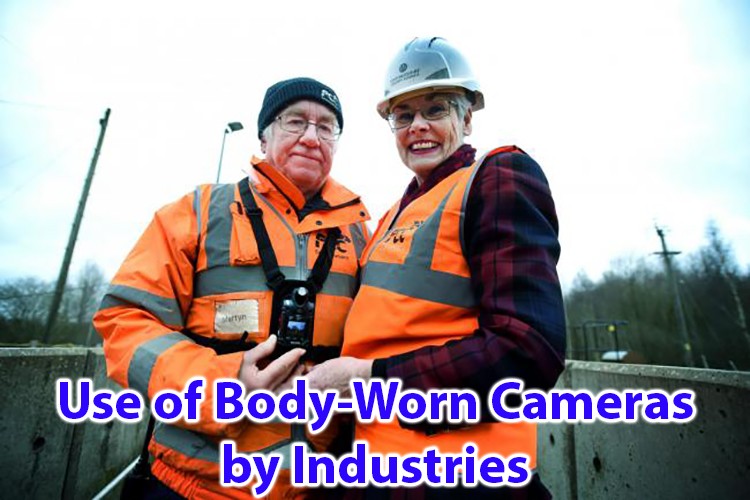 Use of Body cameras by Industries such as Wholesale Trade, Retail Trade, Finance, Insurance, Agriculture, Construction, Mining Manufacturing, Transportation, Communication, Electric, Gas, Sanitary Service, and Real Estate Services can be rightly said as need of the hour. These industries have begun equipping security personnel with body-worn cameras in an endeavor to protect their business from abuse and attack from the public.

The efficacy of Body-worn cameras as law enforcement technology equally important for wholesale and Retail store security personnel. Stores like Wal-Mart’s UK began equipping security guards with body-worn cameras in an endeavor to protect their business from abuse and attack from the public.

General Secretary of the Union of Shop, Distributive and Allied Workers in Manchester, Paddy Lillis says that undoubtedly, the body-worn cameras do have a deterrent upshot and are very supportive of such measures focus on reducing threats, violence, and abuse at work.

USDAW notes that a survey of store associates denotes a 25% increase in violence with more than 230 attacks on the United Kingdom retail employees.

One camera seller observes little difference between the use of body cameras in law enforcement and store security. The basic aim of body-worn cameras is to decrease violence toward the wearer of the camera, give proof of interaction taken to agree with or oppose any allegations and give an unbiased and fair view of an incident.

The use of body-worn cameras in businesses including retailers, hospitals, sports, and entertainment venues has not been much movement to its adoption. Read Hayes, a research scientist at the University of Florida says that he knows the stores in the United States of America that are using Body-worn cameras but he refuses to disclose the names of the companies.

Hayes’ team is at present working with a merchant to develop an experiment where parking lot employees like security guards and cart collectors are equipped with body-worn cameras at choose stores. They will be analyzed concerning non-camera-wearing associates at a like number of stores with demographically parallel locations and customer bases, comparing features for instance how often employees are asked for assist or information, the number of complaints and instances of disagreements. Hayes says the test should be happening in the subsequent three to six months.

To sum up, the use of body-worn cameras have proved helpful in reducing violence for the last few years. The parking lot of employees in Scotland wore head-mounted cameras. At the end of the research, it was proved that the personnel with a body-worn camera exposed to less mistreatment from the public. Similarly, in City Centre Management in Belfast, Northern Ireland, another experiment was made in key retail locations and resultantly there 43% decrease in retail theft. These results show that Body-worn cameras bring a big change in the reduction of violence.

It is also beneficial to keep an eye on the farmworkers because CCTV cameras can’t record audio while the body-worn camera can capture both audio and video. There is a possibility that the farmworkers can be involved in theft and other misconducts. If a trespasser tries to enter into the orchard or agricultural farm and try to steal or harm, body-worn camera footage can identify the trespasser.

The research-based on opinions of peasants and farmers indicates that the use of body-worn cameras decreased the percentage of untoward incidents in agricultural farms and orchards.

Mrs. Patricia Corcoran admires the performance of body-worn cameras on giving her desirable results because she was worried enough about owing to the problem of robbery in her orchards. She advises the other farmers to use a body-worn camera for keeping an eye on activities of farmworkers and checking theft.

Mining is highly risky industry and minors face a lot of difficulties during their duties and sometimes their lives become at stake. Likewise, mining companies face an excess of security risks that reliable video surveillance can alleviate. The use of body-worn cameras alleviates the security risk in the mining industry.

Mining Camera Security is helpful in the following ways:

We all hear and truly believe that safety is vital. In the Industrial Construction sector safety of an individual is essential. Safety investigation in Construction Industry takes a lot of time and frequently very dependent on getting exact data from employees either involved in or witness to events that take place on-site. One of our friends told me that his company made an experiment of Use of Body Cameras for construction. It was a small group of employees from 5 to 10 persons. The purpose of the experiment was to get facts and figures about different incidents that occur in the Construction Industry. The company would have the testimony of employee and audio/video data about what happened during all the activity of constructing a building.

The construction companies rarely arrange such experiments. The above-mentioned experiment was highly fruitful to gain experiences and take more safety measures. This opens a new Pandora’s Box of questions on union websites that regulate photography and video of employees and also has implications for workers’ rights that need to be addressed. This research on 5 to 10 employees on a construction company indicates that Use of Body-worn cameras is highly useful for the industry of construction. By the use of BWCs, we can identify upheavals that endanger the safety of construction employees.

With round the clock surveillance, you can observe whether work-related losses were because of negligence on worker’s part, not following protocols, faulty equipment, and so on. Even if everyone in your factory is enormously careful 100% of the time, accidents can still happen, and having security cameras in your factory worker’s collar will not only bring you peace of mind but also cut down on insurance costs.

Collin Green, Security Manager for Southern Railway, United Kingdom became aware of the need to have a tool that would act as a deterrent and the need to collect proof when on shift. For this purpose, he made a research and found a media that had the function we were looking for. He found Body-worn cameras highly useful for his department. He called it highly beneficial to monitor activities in their department. When Mr. Colin Green took over the charge of the office of Security Manager of Southern Railway, United Kingdom managed a team of Rail Neighborhood officers operating on trains and stations in the South of England. Mr. Colin is looking into the viability of purchasing more Reveal Body-worn cameras in the future to make the tools a personal concern.

What difference do Body-worn cameras bring in Railway?

Visibility has increased with the cameras. The security staff of Southern Railway wears jackets resembled with police uniform jacket. Sometimes, they can be challenging when coping with aggressive people or drunk. They have observed a difference in the behavior of people because when the masses feel the camera is on they avoid misbehaving. The first time they used the footage as proof when they showed a video to a concerned person, beseeched guilty, received the penalty notice.

Electric installations are highly dangerous because even a slight carelessness can make life an individual. The efficacy of Body-worn cameras as surveillance technology is also important for the electric department.

The benefits of Use of Body-worn Cameras in an Electric company:

By using body-worn cameras in sanitary service, internal conditions of sanitary sewers and residential service lines can be inspected and evaluated while capturing images in real-time. You’ll identify the different problems and their nature forthwith.

For example, CASA Sanitary Wares Factory, Canada gave body-worn cameras to its technicians and other staff at the time of their duty. They took benefit of Body-worn cameras in the following:

Financial organizations like banks are seen as the most protected institutions on the planet. We entrust our money, jewelry and important documents by relying on them. Therefore, a top-notch video surveillance system is essential for these financial institutions. With current innovations in digital technology and IP observation, many banks are looking to boost the efficiency of their security systems by investing in this new technology.

Benefits of Body-worn cameras in Banks and other financial institutions:

Body-worn cameras have become part of every department. Nearly, every industry is trying to adapt it to the surveillance of its workers.

In the same way, insurance companies are frequently trying to use video recording captured at the time of the incident to prove or disapprove responsibility, and they will even go so far as to try to use video recording of a person at his or her home or in public places to prove that the person overstated his or her injuries. Thus, the use of body-camera saves a lot of money from organizations because body cameras provide proof of whether this worker is entitled to give insurance money or not. This is what insurance companies are emphasizing in the use of body cameras.

Among the other uses of body-worn cameras, if you allow to giving an account, the insurance company may make footage of it and probably use it against you at a later date. Similarly, the same happens for in-person meetings when an insurance adjuster may schedule in-person meetings in the hopes of trapping you into saying something against your claim. Therefore, you should never make a statement or consent to a meeting without first discussing it with your attorney.

The use of Body-worn cameras is also useful as it is in other industries. For example, Annie Yee an employee of a Real Estate organization, once witness an untoward situation in her office that one the buyers attempted a sexual assault on her. The situation, she witnessed in spite of all security measures, demanded the use of Body-worn cameras in the offices of Real Estate organizations. Not only it is useful to avert incidents like that of Annie Yee but also the organization can keep an eye on many activities of employees and buyers.

We narrate the example of Annie Yee here to highlight the importance of Use of Body-worn cameras. It was the month of October when despite all those safeguards, she had a sinking feeling when she was in threat while meeting a person for showing a property. The customer held eye contact with her for a long time. Annie felt uncomfortable and felt his evil-designs for her. Later on, they went out of the office to see the property. They entered into the lonely building. She was careful enough to always walk behind him and avoided the areas of the home where he could trap her. In the meanwhile, she entered into a room. As she entered the room that person pursued her and entered into the room but the female agent declined his insistence. The person unbuckled his pants and lay on the bed. Annie Yee said that showing was enough and immediately left the room. She informed the police at once and investigations stated. According to news reports, he was identified by name of Michael Beat. He was charged with lewd conduct, third-degree sexual assault attempt, disturbance in peace.

This incident gives a great lesson that the use of Body-worn cameras is essential in the Real Estate Industry for all its property agents.

In this discussion, we have tried to evaluate the significance of body-worn cameras with the results of different studies and researches. Our closing words are a body-worn camera that is such a latest device that amplifies the performance of an organization by boosting its security efficiency, and the trust of the clients.