Things That Cause the Elderly to Fall (Falls Among Older Adults)

Things That Cause the Elderly to Fall (Falls Among Older Adults) 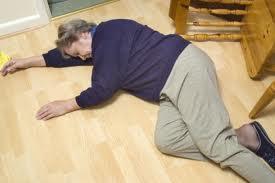 Each year, one in every three adults age 65 and older falls.1 Falls can cause moderate to severe injuries, such as hip fractures and head traumas, and can increase the risk of early death.

How Serious is the problem?

Following are several factors that contribute to the fact that seniors fall so much more frequently than younger people:

However, falls are not an inevitable part of growing older. Therefore, based on the fall prediction information, preventive or rehabilitative measures can be taken to prevent/reduce the happening of dangerous scenarios.

Many falls can be prevented, by making the home safer and using products that help keep seniors more stable and less likely to fall.