The Topmost GPS Trackers for Patients Suffering from Dementia

The Topmost GPS Trackers for Patients Suffering from Dementia 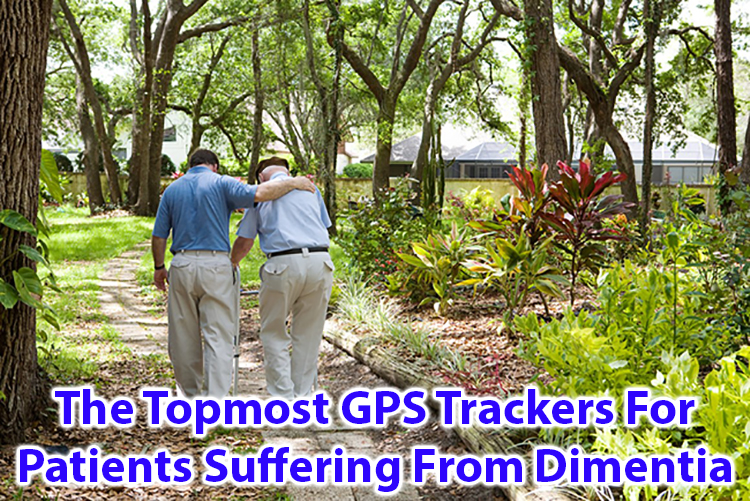 It’s not entirely a piece of new information that dementia patients often wander off on their own, as a matter of fact, the Alzheimer association conducted a research and concluded that 6 out of 10 patients often wander off. This isn’t really good news as it further emphasizes, the more reason close monitoring and a good watching eye must be placed on them. It’s is imperative you know their every move and you can actually tell wherever it is they are even if you aren’t around them in person. In recent times there have been many inventions that make this very easy. From pendants, belt straps and even smartwatches can be used to take care of this special needs individuals who have a very high chance of wandering off on their own.

The research by the association also confirmed the individuals are usually found 1 mile or half away from where they were initially. Wandering off is a particular stage of dementia and must be duly noted and looked out for, being on the lookout for particular signs that these patients might actually winder off is quite important. Whenever you notice your family member with a special need disappears for an extended period; they might be running up and down a store, pacing back and forth or just looking very lost in an environment. Then it is time to make some big plans in case of emergencies that could occur when you might not be around or available.

Location tracking is a quickly growing field, there are even conspiracy theories that believe in the next decade, everyone will be tracked. Parents are now able to track their children and also able to track their parents also (the elderly ones). Even health services now use GPS trackers to monitor their patients especially those who can be very absent-minded.

Some bold classification of these trackers are:

Having a phone has become imperative for every person now, these mobile phones now carried about in this generation are smartphones. The smartphones provide an easy way to track since they all have a GPS embedded within, these are more achievable if the phone is switched on. This basic system uses a phone roaming signal, this connects them to the nearest tower around. With the tower location, the position of the device can be calculated with multilateralism. Smartphones now make use of a hybrid location system to track, the hybrid system involves the crossing of the GPS and the nearest cell tower it is connected to. GPS works better in the open countryside where areas have been well mapped, as for those moving about the city it is easier to track them using WIFI at various locations.

Now that the tracking tech has been explained, is to just insert a Subscriber Identity Module (SIM) card into a badge, wrist-worn device or even a pendant tracker. As for those devices without a sim card module, they can be completely tracked using satellites or by Bluetooth in pairing with a nearby smartphone. But to be able to send and receive data, all device requires a network connection to allow data transmission. This can also be put into consideration when choosing trackers for the dementia patient.

An estimate showed that over 850,000 people living in the UK suffer from dementia, but only about half of this population have been diagnosed. This is also a similar case all around the world, in fact, many others have only diagnosed very few of the countries. People who have been diagnosed should ask their special centers or health-related practitioners for help. Wandering is a very peculiar stage and it happens quite a lot, 40% of dementia patients often wander outside their homes, they eventually get lost and by the time some are found they could be dead.

Some countries have telecare and alarm based systems with staff ready to respond to calls from dementia patients. In cases like this for a small fee, they can choose to be responsible for the patient and take full charge of their location and whereabouts. This often when these telecare providers that could be private companies place trackers on their patients to continue to know of their whereabouts.

A lot of tech companies are making trackers now, and health care is partnering with them to supply for direct usage in their line of work. An example of such a device is the GPS014D; for the price of around $238 and no monthly subscription package whatsoever, it is a pendant tracker for the elderly and kids. It is worn like any other normal pendant on the neck. It has a GPS tracker embedded within that tracks the movement of the special needs child, it has a camera that sends SOS messages alongside pictures this way you don’t only get the alert but you also see what’s happened. It is a 2-way type device, meaning messages can’t only be received from it but can also be sent to it.

Another example of such a device is the OMGGPS10D, an iHelp 3G/4G GPS tracking key chain. It is waterproof with a motionless and fall sensor, a perfect device for an elderly with dementia. It can be used to monitor in real-time the status of the senior. The iHelp can automatically trigger an SOS to call 5 individuals to provide help immediately. It is bound to be really helpful if you have a senior citizen living alone and suffers memory losses from time to time, the key chain could be really helpful in keeping an eye on them and responding quickly to emergencies they might have. Some notable feature the key chain possess are: