Raising Concerns on Security and Privacy over Police Body-Worn Camera

Raising Concerns on Security and Privacy over Police Body-Worn Camera 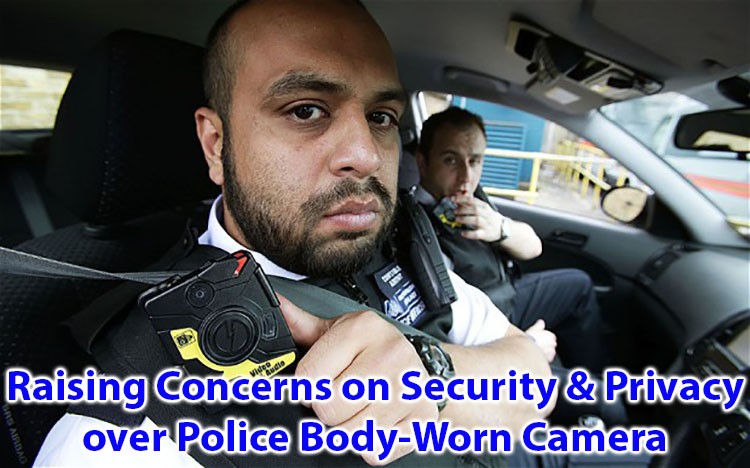 There have been many issues raised in recent times concerning the body cameras worn by the police, the general public feels that it’s a major infringement on their privacy and their rights to private life. Most people just do not appreciate being put on cam for whatsoever reason. This extends to the most vulnerable in society- the children and the disabled. The police would insist the cameras are worn to ensure their job is done better and that recordings are captured for later investigation. What they say isn’t wrong and in fact is very justified, a lot of cases are brought up against police officers, usually about them using unnecessary force to suppress a civilian just before they are arrested. In the UK, the sky has reported that the police are using the cameras form evidence.com and that all recordings gotten are posted online. An occurrence like these have made the public less trusting, it has become a problem to believe that the body cameras are simply for just better performances of the police. The use of the body-worn camera is a thorny issue, it could be viewed to have positive effects when looked upon from the liberties point of view. Continual recording would actually require that all of a police officer’s day to day activity will have to be recorded and this would capture too many individuals, this on its own is a great intrusion of privacy and would eventually require being accounted for.

Equipping the police with a device such as the body-worn camera has brought up many issues, unsettled issues on privacy matters. In a country like America, it has become an issue since most citizens know the amount of powerful surveillance the government can gather with this very powerful and mobile technology. In the diverse police department, the issue as regarding when to on or off and when to record or not the record has become topical. The amount of video to be made available to the public is even unknown, there are domestic violence cases and even rape victims’ cases that need to especially be treated carefully. Videos such as these, are often referred to as videos that capture people at the worst moment of their lives. From there it isn’t difficult to understand angry reactions when videos such as these are found online, with people all around the globe having access to it. Videos from police dashboard cameras have even long been used for entertainment purposes, in dashboard police cameras we often see videos where the arrest of a naked lady is made. These videos are posted to YouTube for the entire world to see, this has made officers into unwitting paparazzi’s. An officer wearing a body camera could bring the public eye into a living room or bedroom when a call summons them to solve a case in a private home.

In the US it has become a slight problem for the law enforcement agencies to strike a balance between; transparency for the police and privacy for the citizens. The body-worn cameras are worn in diverse locations such as glasses, lapels, and shoulders. In US Civil rights and privacy, advocates are asking the legislators and also the police force to take a look at the risk of excessive surveillance and over profiling of citizens before they move to absorb it more widely. The civil liberties group in America have released some set of rules guiding and asking the policymakers and public safety officers to actually ask to make the use of facial recognition software limited, they also requested that police officers stopped using footages from video camera before making decisions. Another group also argued that footages shouldn’t be available only to the police but also to the media and the public. As we reviewed earlier that this isn’t entirely a good idea as it allows footages such as these to be used for diverse purposes, some videos are even to discretional to be let loose to the public.

There are times when police officers have been fired because they didn’t turn on their cameras at a crucial time in the investigation. In areas where the body-worn cameras are used, there is always that thought amongst the cops after a major occurrence and they were unable to record that thought “will I be fired comes to mind?” it might be quite comfortable for the police department to just tell their officers to record everything they witness, but this on its own is a very big step in the wrong direction. By recording everything and everyone, you are at the risk of violating a citizen’s privacy. It’s really insensitive and senseless to record interviews with the victims of a sex crime or while going into a private residence. Instances like this have actually raised questions by the liberty unions on whether it is right to have videos of these victims in the public.

Many might argue that since some officers forget to turn on their cameras during important times, it is best they just keep it on at all times. This might be argued to be reasonable but to some extent also it is quite unreasonable reasons and problems that come are:

These two issues raise a lot of concerns on why the body-worn cameras shouldn’t be kept on at all time, this includes during their shift that should be their private sessions. A good body-worn policy cannot require that the body camera be on at all times, this is something that just doesn’t sit well and defeats the major purpose of the body-worn camera which is to capture more evidence of crime scenes. With stringent always-on body cams, most officers would eventually develop the habit of turning off the cam on their own for diverse reasons. Members of the public who happen to appear blurred of especially if they happen to be crime victims or witnesses. But if all citizens in a video do not object to appearing, then it can be released to the public for viewing. As regarding when a body camera should be turned on, Jay Stanley at ACLU gave a good proposal. He insisted that body cams should be put on by police officers when responding to a call for service or when initiated by another law enforcement agency or it could also be an investigative encounter between a member of the public and a police officer. These encounters include:

When cameras are left under the control of officers, the selective recording could actually lead to the accusation that a video is misleading or even been taking completely out of context. Videos as such can be said to make no sense and aren’t well relatable with. It could even be said that the video has been completely manipulated just to secure a conviction. On the other hand, constant recording could also have a wrong effect and prevent police officers from using their discretion since they have that “I’m being watched or this video can be reviewed later mindset” since they are wearing cameras, they may feel obliged to go after minor cases, since they would be more confident in the fact that they would get in less trouble that way. Considering the hunger for footages, it is good to note that there are risks of videos being leaked, hacked or shared inappropriately and this would be a serious breach of privacy

In rolling out the use of body-worn cameras that are very important, it is important that very well considered body-worn cameras policies are also issued alongside their implementation if this isn’t considered then the body-worn camera could bring more problems relating to privacy and security issues. The policies that would be passed must be very considerate of both the officer and the civilians too.