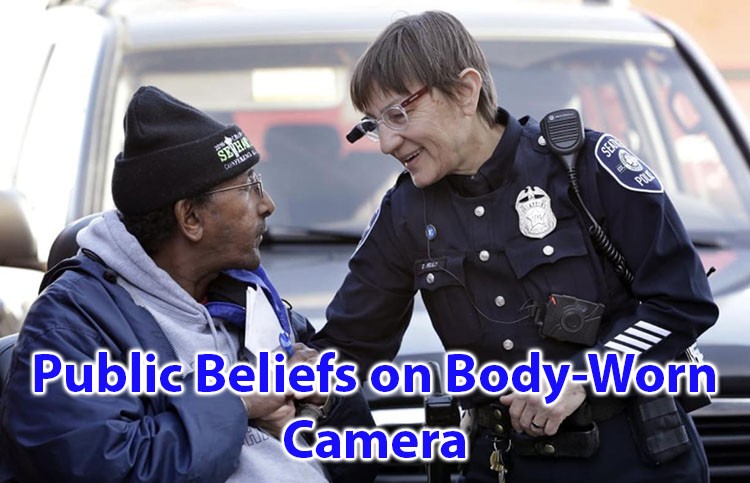 Smile! The police camera is recording them

The use of video recordings through body cameras not only forces police officers to account, but it also provides them with a useful tool to identify their strengths and weaknesses. Its implementation could help repair citizen trust and community ties with local authorities.

Citizens distrust the institutions responsible for protecting them. The alleged participation of municipal and federal police, as well as the army in the interception of the group of normalizes at dawn, did not contribute to dispelling that fear. If the cases of torture, extortion, kidnapping and sexual rape by the police on suspects or suspected culprits are added to many tragedies, we do not doubt the reason for citizen apprehension.

But these cases of abuse of authority that manage to come to light are not the only source of skepticism among us, regarding the rectitude of their security and justice forces. The daily interaction between citizens and police bodies, even in local settings, has also contributed to general distrust. Proof of this is that, as can be seen in the following figure, between 2010 and 2014, more than 65 percent of the participants in the National Survey of Victimization and Perception on Public Security, reported a level of little or no confidence in the municipal and transit police.
As simple as placing a video camera on the flap of a police officer. Technology at the service of public order and, why not, to the transparency of the contents and to stop the so questioned militarization of the police.

Perception of trust about police

Given this environment of widespread distrust, what can be done to repair the relationship between citizens and their security forces?

Until now, the debate about strengthening the capacities of local police and citizen confidence in them has focused on the single state police command.

However, it is necessary to enrich the national debate through the discussion of the most effective, effective and efficient monitoring and accountability mechanisms to solve the abuse of power of police bodies at the local level and improve citizen confidence. An interesting proposal is the use of body cameras that allow video recording of the daily activities of the police.

Body chambers have been successfully implemented in many countries, as a response to issues of trust and proliferation of corruption and abuse of authority among police forces. In the United States, for example, a study conducted by the Police Executive Investigation Forum (a branch of investigation of the Department of Justice) shows that the use of body cameras improved transparency and accountability in cases of citizen complaints and the identification and correction of internal affairs. Also, two impact assessments, in Mesa, Arizona, and another in Rialto, California, conclude that the implementation of video recordings, through body cameras, reduced the number of citizen complaints against use by 75 and 60 percent, respectively. excessive force of local police.

In general, scientific evidence on these technologies leads to the same result: there is a positive effect on the social behavior of an individual when he feels observed. In this sense, citizens not only rate the activities of police forces better but the police report a more positive interaction with citizens after the implementation of body-worn cameras.

This solution is attached to the needs of the context, where lack of trust is a large-scale problem. However, it would be a serious and costly mistake to import successful security technologies without establishing an adequate institutional framework, nor developing the right infrastructure for its implementation.

For the body chambers to produce measurable and positive results, legislators, police chiefs and citizens must consider the recommendations and lessons learned from other countries that have implemented such programs.

The experience shows us that before articulating the debate, we must take into account the following considerations:

The above is possible as long as its implementation is based on robust evidence and a solid institutional framework. Body cameras are a viable alternative that should be considered in the debate of the current police reform. In this way, we can take an important step to avoid, not only abuse of authority and excessive use of force but also events as unfortunate.