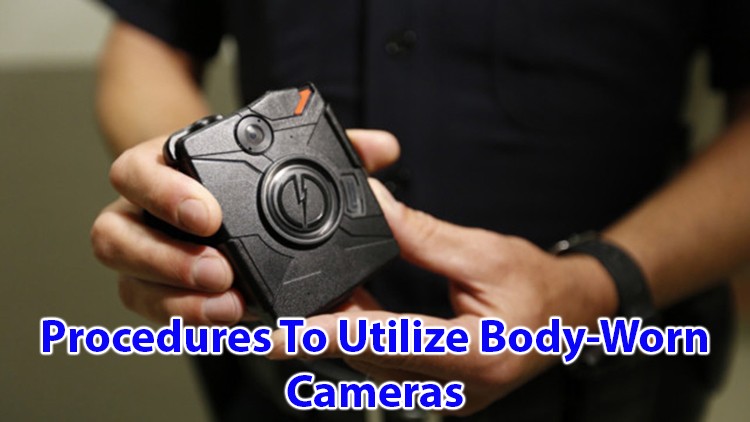 The body-worn camera has carved its way into law enforcement agencies list of most useful devices, after testing the cameras and using them in exercises and test drills, there has been this agreement around that; it is very important in keeping particular types of offenses from both officers of the law and citizens. It’s no news that the body-worn cameras have gotten much attention around especially from the law enforcement agencies. Professionals in the law enforcement agency have given serious thought to the great potentials the adoption it brings especially the ability to monitor their officers action. The body-worn camera program has been viewed as a way to increase accountability, transparency and also the relationship between the police and the community (a relationship that isn’t as great as community people don’t like the police).

As mentioned earlier, the technology that gives surveillance footage didn’t just begin to exist in the 21st century. In the early 90s, there was the general use of the dashboard cameras that were used to record the confrontation or whatever happens between the officers and the citizens while they are on patrol. Although there was the initial rejection of the idea, officers were against it many of them didn’t want “big brother” as they normally referred the camera back then. But as time went by, there was an increase in cases where the citizens were accusing officers of many things, this especially included unnecessary use of force to handle cases. Before long the officers started to accept the dashboard cameras and soon there was widespread acceptance. At that particular time, the closed-circuit television (CCTV) was really gaining ground and getting really useful in solving cases easily and with many pieces of evidence. Also, the invention of the smartphone was already giving everyone the camera, anyone could take pictures anytime and of anyone or anything. Before long people with smartphones were using them to record police officers while at their duty, this made it imperative and necessary that the officers had their own technology for surveillance. In a recent survey in the US, it was discovered that most citizens approved the use of the body-worn camera. A device they already accepted and approved is meant to be approved.

The increased availability and adoption into the systems of this technology presents some challenging issues, some of this issue include; when a recording can be taken, the standards that must be met for the data to be stored and then its use, disclosure and also its future synchronization with geotagging (GPS) and then facial recognition technology. However, some community argues that the cost of running this program really outweighs its benefits hence decide against using or adopting it. In this writing we hope to provide guidelines to whatever community chooses to go along with the technology, with this laid down we avoid discussing whether or not the program should be adopted. We tend to look at the policies necessary for the smooth running of society and to also protect civil rights. Some issues worth considering by the department are:

However, body-worn cameras are not a panacea. Implementing them without good enough policies to support them could actually result in significant detriments to law enforcement agencies and they intend to serve. Among these concerns is the impact that could possibly on a broad range of constitutional values and rights. In accordance, agencies must weigh the benefits and the disadvantages that the body camera brings when deciding whether and how they could be implemented to suit the growing and evolving society. We try to look at some particular issues that can be faced by law enforcement agencies and the communities when they try to implement the body-worn camera. The constitution project committee on policing reforms provides some recommendations that it however believes can be used to resolve or perhaps mitigate these issues further. These recommendations are summarized below as follow:

Maintenance of data and data use

The use of technologies that tag should be heavily reduced and if it must be done, then judicial authorization must be granted

Whenever an in-government sharing of any footage must be done, it must require the receiving entity to employ the policies that guide the sharing entity just to avoid conflicts.

Availability of policies and changes

Appropriate policies in conjunction with the federal funding

The funding federal should be contingent on the adoption of specific and effective policies that would ensure safe use and also prevent privacy infringement issues.

In conclusion, there is no outright rule anywhere stating that the body-worn camera must be accepted or disallowed, every jurisdiction can choose for themselves if they want it and would definitely know why they going for it. It is however believed that areas that have adopted the use of body-worn cameras by following the above guidelines will best ensure that the program upholds constitutional rights and value, which is very important in every community