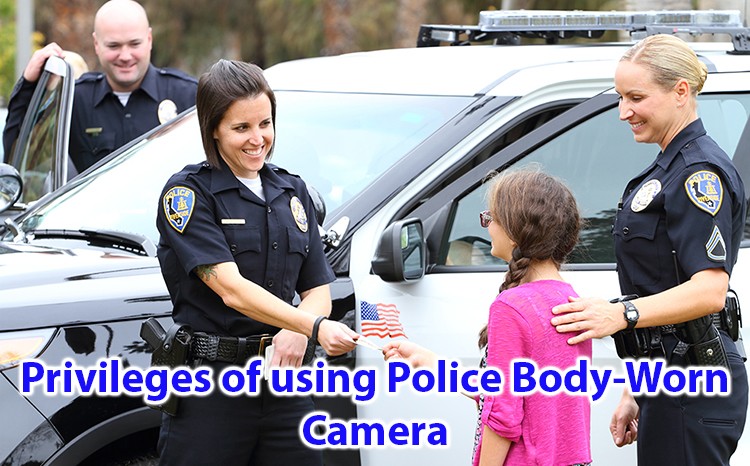 In the era of hyper-vigilance, cameras of all kinds have become the third eye that all see and record. One of the last to join has been the body cameras, designed in principle for police use, to capture both the behavior of the agents and the time when a crime is committed. However, its use is extending to other professional fields and even to the education sector. This boom opens a new debate about the excess or not of vigilance and the change in associated behavior.

It is undoubtedly years of success for the cameras, beyond the fashion of the selfie stick, with the rise of action cameras and the GoPro as the greatest exponent; the corporal ones that watch police actions; free streaming applications that broadcast live for everyone; or high tech security devices with facial recognition. More and more moments of our lives are captured by a camera, so new questions are raised about what it means to live under surveillance by that third eye.

Specifically, body cameras or body cam have been well received in many cities, as they are considered a control and counterweight tool against police power. These are small non-intrusive devices attached to the agent’s uniform at shoulder height, to record discreetly without interfering with your daily service. They can film continuously, with the possibility of automatically uploading videos to the cloud.

While police controls and operations are too often sour in difficult neighborhoods, video is becoming a valuable aid to law enforcement. Armed with a strap on the uniform at the chest, rectangular cameras the size of a walkie-talkie will allow police and gendarmes to film their interventions live. Adjustable 360 degrees, their wide-angle lens can capture any scene, day or night, at the initiative of the police who operate the device depending on the situation. Completing the array of our officials, these cameras now offer all the means to justify the cases of contempt and ensure the loyalty of our agents during checks and stops. The images and sound, recorded in a memory card, are exploited back to the police station on CD-Roms. These are all pieces of evidence that can be appended to the minutes describing the facts and that can feed a procedure with the advantages like-

In the same way, the device permanently records full HD videos (in real-time), audio and geolocation, which means that in the different control centers they will be able to know general information about who is carrying it. Another benefit is the use of video as evidence in court.

In particular, body camera data showed a decrease in complaints against agents, as well as a significant decrease in the use of force by officers. Some of the benefits of body cameras showed in the country and that we now experience in our test was the increase in transparency. Everything is being videotaped and if the public notices and the officer knows it, everyone behaves better.

The video is recorded from the officer’s perspective and captures 130 degrees. As different agents appear on the scene you have different angles.

The investigations suggest that a world with more surveillance cameras could be, in a way, more pleasant and safe. But as the technological offer grows, there are also more possibilities for reckless uses. To this is added the ambiguity of legality. This has generated, for example, heated debates about how the police should use the cameras if they can be used anywhere, or when to delete the recordings.

As these are emerging technologies, there is no strict regulation on their use, so we could be exposed to continuous recordings wherever we go, without controlling who can see those images. However, this situation could have an unexpected effect on generating a more tolerant society. And even that we appreciate the work of others more.