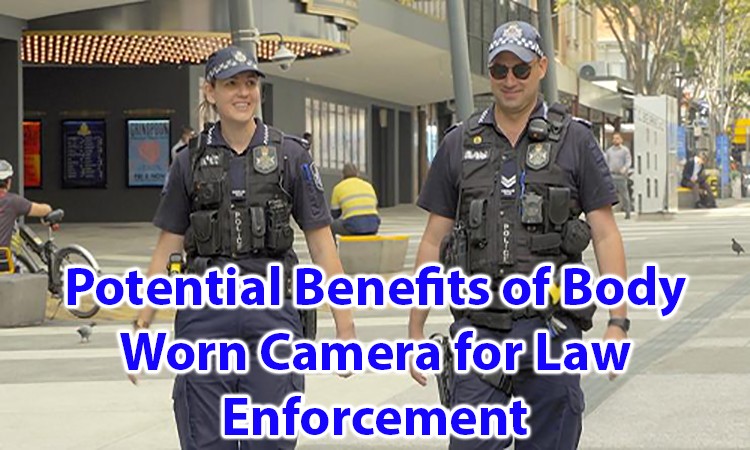 Capturing evidence as live footage has really been helpful in changing how criminal cases are handled and dealt with. The criminal justice system now seems to have more evidences to pass judgment with, the body-worn camera is now like that extra eye worn that records event for viewing later. The body-worn camera has suddenly become a new high tech accessory that’s been helping the police with solving cases. After some months of usage, law enforcement agencies have been able to crack more domestic violence cases. It’s always a problem to get testifiers on cases that involve domestic violence, people always want to run from testifying against their neighbors concerning what they have seen. But with the body-worn camera, everything is recorded and thus these videos are further used to indicate that something wrong has been done.

Video footage from body cameras is also used to aid in the prosecution of drunk drivers, once an offender is caught and kept in custody until the effect of the drink wears out. The video is shown to them to prove to them that what they have done is wrong. The video can also be shown to other civilians to help locate them quickly. These body-worn cameras are also used to film the traffic stop of drivers with a suspended or expired license. The videos from this body-worn camera can also be used from crime scene facial identification.

Some major features of body-worn cameras are small, easily transportable. They are devices mainly worn by officers of the law to record their interactions in the public, these body-worn cameras can produce both video and audio recording. Some produce just audio recording alone but that is gradually being phased out. These videos are usually saved on local storage or can be uploaded online with some web-based online platform to another storage location. They are very different from the dashboard camera since those ones are fixed and do not record all location of an officer. The body-worn camera varies by a feature such as:

The following are improvements that have seen from the use of body-worn cameras in law enforcement agencies:

The law enforcement agencies spend a lot to get this recording device usually between $700 and $900 each. By the recording of how law agents relate with the civilian, the agency is able to show the public that they are transparent in their dealings. It is also very important for investigating cases between a civilian and an officer, this always makes it easy to prove the innocence or guilt of such an officer. Having video records surely helps law enforcement agents gather evidences and also interview witnesses. Having a film of particular evidence is usually more than enough to turn a case in your favor. The types of body-worn cameras can be attached to sunglasses, radio microphone or even attached to the officer’s shirt. For investigation all they need to do is just submit that camera for download of the videos, videos work in case of the system just as much as submitting image proof works well even though they can be photoshopped.

Having evidence to vindicate a wrongly accused officer is very important, the body-worn camera has been fulfilling that role really well. It has been able to clear many officer’s name who have cases raised against them such as inappropriate language usage and unnecessary use of force. There has been a great decline in complaints being filed against police officers since the inception of the body-worn cameras. Once people make complaints and they are shown actual footage, they simply just slither away and don’t return, since they’ve been cleared by the video evidence it becomes unwise to press further. It has even further made the officer become more professional in fulfilling their duties since there is always that “I’m being watched” or “this video evidence can be viewed later” the body-worn camera has bought the win-win situation for everyone. It is often said that a picture is worth a thousand words if this is so then a video is worth millions.

Main reasons that called upon the use of the body-worn camera:

It’s not so hard to see how much of aid the body-worn camera has rendered to the law enforcement agencies when compared to when body-worn cameras weren’t used, there were a lot of accusation cases against officers. There was always no way to prove their innocence or guilt in the end. The body-worn camera can even be fanciful many times since we’ve discusses that some type of these cameras can be attached to a different place which includes waist and sunglasses.

It has also been observed that amongst agencies that have not acquired the “body-worn camera” the primary reason that was given was that; the cost of purchase, maintenance and the final cost of storage were very absurd, this is quite unaffordable for them.

The final point to be noted concerning the body-worn camera is the privacy issue, you can’t just go around with a camera recording everything or every interview. It could be taken as a breach of privacy which could lead to being dragged to court. Its important one goes through enough training and reads the state law to know what to do and what not to do. Some cases of privacy infringement are even brought to the court, evidence from even the same camera is brought. The body-worn camera needs the training to use properly without getting in trouble. The police force usually has to run training programs for the proper equipping of officers with both knowledge and the technology itself, training is never a waste.