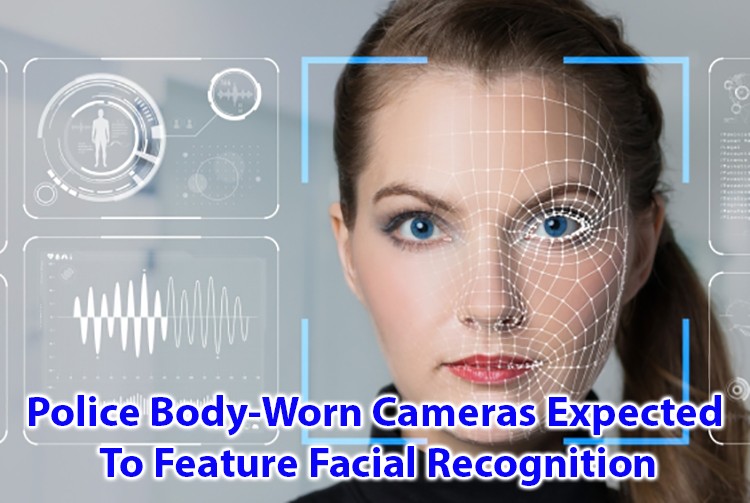 Facial recognition software are tools used to compare a particular face seen to a database of face profile to get a match and also get more details on who a suspect is. When using the body-worn cameras and review is happening with the video, it is important to be able to see a face and get their details to know more about them while also checking their criminal records and their profile. In the US the nation’s biggest seller of the body-worn cameras to law enforcement agencies made a corporate board devoted to the greater expansion of artificial intelligence (AI). This has been a big step taken towards bringing the controversial facial recognition technology to the police force disposal worldwide. Companies like Axon, the creators of the Taser weapons and body-worn cameras used by police worldwide, have also voiced their interest in moving in and integrating the facial recognition software for their body-worn technology. These technologies would allow officers on patrol to scan and recognize the face of anyone they see and might suspect while out on patrol. Many new growing tech companies who specialize in surveillance technology are now in a race to adapt the facial recognition and many other AI capabilities into real-time video footages.

Just shortly after the board for facial recognition was created, a group with over 20 civil rights, technology and privacy groups sent a letter speaking on the serious concerns with the present direction the Axion company and its newly established board were headed. The letter sent, demanded an immediate ban on the facial recognition system being worked on. They said it was very unethical to deploy, due to the fact that the software has a lot of privacy implications, technical imperfection and quite some potential life-threatening biases associated with it. it has been discovered form recent researches that facial recognition software is far less accurate when accessing people with dark skin. This has opened up the dangerous part of where AI can point out an innocent civilian and this could lead to a major complication. The founder of Axion however replied to the public that the company isn’t developing facial recognition systems yet, but they are very much actively considering it in future products and innovations. He did acknowledge the fact that the system might be imperfect and could be misused and also have its bias in identification, however the numerous benefit it brings cannot be overlooked completely as they are features that could be of great advantage in the future.

The Axion chief further implied that he doesn’t feel the facial recognition system is an optimal solution, but that the world we live in today is very advanced and that we can’t leave heavy tasks to the police officers meant to catch criminals the random chances of identifying the faces. Expecting police to remember faces of who they are looking for just doesn’t sit well. He believed it wouldn’t be productive and be very naïve not to have this new technology at their disposal. He further questioned why police officers in 2020 should use equipment from 1990 while performing their duty, saying it would only mean the world has chosen not to advance or even grow. The company went ahead with its first meeting, inviting 8 companies selected experts in AI, civil liberties and criminal justice. The board members were all just volunteers who were paid and had no real power to change much. They were asked to advise the company on the future capability of the facial recognition system, while also pointing out how it can help bring about a more increased police efficiency and efficacy. Facial recognition has long been wanted in law enforcement and government surveillance for it very vast benefits, and the recent decrease in the cost of cameras with the very great advancement in AI development has made the suggestion even more suggestible. Developers in this field have long been suggesting it for a while asking it be used in a wider field. About 117 million American adults which total about half the county can be found on the database the facial recognition system runs its match with.

Using faces is a much easier way to recognize a person afar off, it could be in a video or even in real-time. It is easier to lay hands upon those other biometrics identifiers which usually involve you having to move closer or have physical contacts and proximity with them. But critics have also opined that facial recognition isn’t really to reliable as the facial data possessed can age or even change as a result of condition, accident and lots more physical tolls that change a person’s look. But there is that reason that wants to be globally accepted as soon as possible that, if a cop pulls you over and doesn’t recognize you then his body camera that has a facial recognition system will. This way he’d be able to tell more about you and match you with a target. Cases like this can be really helpful when a stop and search for a criminal is ongoing.

How does the new facial recognition system work?

Massimiliano Versace who happened to be an Italian born neuroscientist and founder of Neurala -an AI software startup company. Has made although patent-pending machine learning technology that has powerful image recognition. Generally, facial recognition works by machine learning, which is basically training a computer to think by itself by giving it complex data to add to its database. Slowly but eventually, the little camera on the police officer’s shoulder is able to identify shapes than colors and later trained to identify human faces, while also matching them with a database of faces with the profile(a name perhaps). It is a process that works by imitating the brains of mammals, rather than the way computers work normally by asking for instructions to perform. This new form acts on its own, just turn on the camera and watch as it identifies everyone around. Versace described the breakthrough process, basically like a tiny constellation of processors that actively functions as different parts of the brain. He further explained that these computations can be further divided between hardware that processes inputs just like the brain and hardware that processes just like dendrites and axons do. His research showed greatly that AI learns a lot in such an environment while using fewer codes. By actually reducing the amount of code needed for image recognition, you are running a lot more and less processing and this implies that even less powerful computers, that don’t have as much processing power can also accomplish the given task. It then reaches a point that a computer the size of a body camera can recognize an image that the camera has been trained with data sets to look out for. It then has to do some learning to eventually match the subject.

This eventually becomes a limitless resource that eventually could create a new application for public safety users. Let’s assume with an applicable case if take for example a child is missing and the parents decide to visit the nearby police officer on patrol. The body-worn camera on the officer sees the child and records the image of the missing child, by doing this the AI engine has learned what the child looks like. It quickly uses the engine to send the image to all the cops using the body-worn camera to utilize their cam in seeing the environment. Today’s facial recognition system generally have a lack of diversity in images, this being a result of the data they are trained on. Researchers from the Massachusetts Institute of Technology (MIT) media lab said the three leading facial recognition systems IBM, face++ and Microsoft have a higher chance of detecting white (99%) people than black (70%).

In conclusion to it all, body cameras have seemingly gained popularity in use seeing as it was used to check police misbehavior. In recent times has been criticized for continuously contributing to pervasive surveillance and potentially worsening the situations in a location that’s heavily policed. As for the rule of use, that also is decided by the police department. In Sacramento, some police officers fatally shot a young man by the name Stephen Clark, an unarmed black man shot in his grandmothers backyard. Issues like this have brought critics to question how effective the volunteer ethics board, meeting twice a year, which will be making the decisive moves that will control the companies direction. Many just hope that facial recognition will be like Taser which also had the initial rejection before it later had a strong global acceptance as the most used weapon by the law enforcement agencies. Errors must be made and companies that make this error will be punished but moving forward with the big step that is facial recognition system is really essential for the growth of the security system.