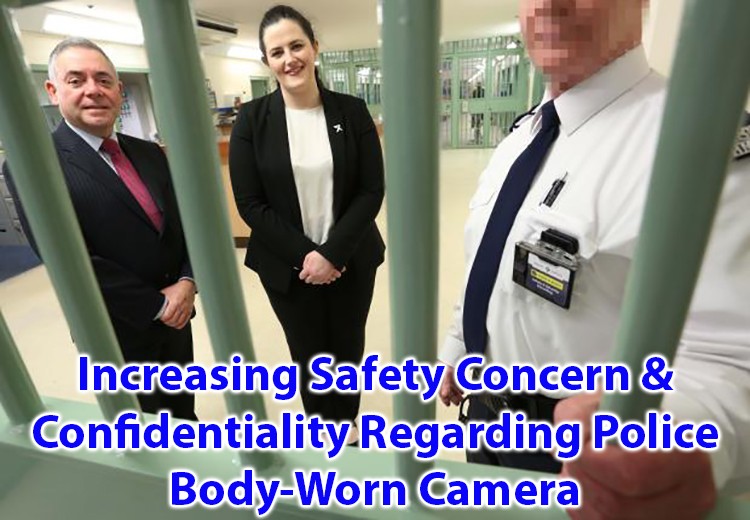 The world is loaded with astonishing contraptions and creations. Numerous new machines are being built up each day. The reason for these machines is to help the individuals in their work and to make their work simple. Such a glorious invention of this era is body-worn cameras.

What are the body-worn cameras?

Body-worn cameras are specialized cameras that are used to record the daily routine of a person by attaching it with the body of that person. The main use of these cameras is in the police department. It provides great help to the police by recording any bad situation that happened in front of them. That recording can be used to give any evidence. But with advantages, there are also many disadvantages to these gadgets. Let’s have a look at what these are.

As we have seen those police body-worn cameras provide good backup and support to the police department. Body-worn cameras have the ability to record the things seen by the police officers wearing them. That enables them to record even the moments that include the privacy of many people. As a result, their privacy is disturbed. Where barging into someone’s privacy is immoral as well as an illegal act. This gives them a major drawback by raising security and privacy concerns. That’s why the increased use of body-worn cameras is being protested.

Do you want to know what security concerns are raised by these cameras and how are these concerns raised? Then let’s have a look at the detail below.

How do body-worn cameras raise security and privacy concerns?

Sometimes, people walking near the cameras want themselves to be avoided. In the case of CCTV cameras, the angle and the coverage area is constant so the person can easily keep him outside the recording area. But it is different in the case of body-worn cameras. Body-worn cameras are attached to the police officer’s body. The camera moves with the officer and has no definite covering area. This does not let the person coming in front of the camera to avoid it. So, anyway, that person comes in the recording. This disturbs his/her privacy that is a bad thing.

Police body-worn camera have proved to be very beneficial. Protecting the lives and liberties of citizens and officers is a local and national priority, but while most feel more comfortable dealing with officers wearing a body camera, there are hidden dangers in utilizing this new technology that could be putting many citizens at risk. This is why most people have many security concerns over these police body-worn cameras.

A question usually comes in our minds while thinking about the body-worn camera recordings, “what will be done with all of the recordings?” Police departments are required to retain video from dashboard and body cameras for 5 years, after which time they are legally allowed to dispose of it assuming the case is closed. However, if disposed of in a non-secure manner, this recording could be very dangerous in the wrong hands. Imagine the value of this information in the hands of a hacker or other corrupt sources that could use the recording data in a bad way to harm the people or even the individuals in the footage.  In the wrong hands, this information could be more valuable then important financial data, insurance, and health care data and could lead to a big problem for them. This shows us that body-worn cameras can completely destroy the lives of many people.

As we have seen earlier, most people do not want themselves to be in front of cameras and no law stops them to do so. We will discuss the impact of law and regulations on this in the coming topic. Firstly, let us have a detail on the privacy problems caused by body-worn cameras. Well, usually getting yourself in a recording cannot matter much but most people do not want their privacy to be disturbed. Therefore, it’s bad. Moreover, the police officers cannot tell each and every passing person to avoid the camera as it is a problem for the officers. Also, they can switch off the camera if they talk to any person in front of them, but this will then remove the purpose of the camera. Sometimes, the officers have to do the interrogations and questions from the suspects on a scene. At that time, the camera needs to be switched on and the recording has to be done otherwise, the main purpose of the camera will not be fulfilled.

In addition to this, body-worn cameras are also used while investigation inside someone’s house or personal property. This is then a serious illegal act to barge into someone’s privacy and recording him. During the investigation, the important financial info can also be recorded that can raise major security concerns. But these actions can be taken as the officers could be using taking these measures in pursuing someone accused. Conclusively, law and legislature have a very important role in this. We will now be discussing the role of law and regulations in these aspects.

Why are these so many security and privacy concerns?

Body-worn cameras have been raising so many security and privacy concerns. The main reason why these problems are taking place in the absence of proper law and legislature. There are many reasons for this but they may be minor. The major reason for the security and privacy concerns is the absence of respective law and legislature. This has led to problems regarding the cameras. There are certain laws that give the citizens, their complete privacy. These laws need to be updated. Let’s see the role of law and legislature in these aspects.

Role of Law and Legislations:

We have seen how body-worn cameras are affecting the personal lives of many people and are raising privacy and security concerns. As we have seen above, the law is responsible for all these raising concerns.

Our law and legislations are somewhat slower in development as compared to the technology in the world.

Generally speaking, the problem is not in the people, but it is in the law that the people follow. It is simple. If there is no specific law for the legal use of body-worn cameras, then how could it suit the people. For body-worn cameras to be used appropriately and to minimize the negative consequences and risks to privacy, appropriate legislation needs to be drafted that directly addresses the use of these devices.

The legislation should maintain an appropriate balance between privacy concerns and the recording of citizen interactions for law enforcement purposes. There are many good uses of body-worn cameras that are beneficial for both the police as well as the people. It just needs certain legislation to maintain balance. Without such legislation, police body-worn cameras run the danger of becoming another harmful source for police surveillance. Facial recognition technology with body-worn cameras poses significant risks to the privacy of citizens. It just needs to develop certain legislation that maintains a balance between both sides. In this way, both the citizens as well as the police department have to compromise and at the same time have their demands fulfilled. This can be done by making a suitable law that is to be followed.

In addition to the need for appropriate legislation that addresses the privacy concerns of the public, enforceable legislation is needed to ensure that camera recordings remain untampered and safe incomplete police custody. The evidence must be taken care of in a proper way and specialized officers must be given the duty to do it. Also, there must be a specific time period for the evidence and the record to be placed in police custody. After the case is closed, the recorded data must be completely erased in the presence of specialized police officers and the person must be informed with the help of a letter.

There must also be a complete legislation on the obeying of these laws and the rule-breakers must be punished.

The above part has led us to the result that there is just the need for proper and suitable legislation that maintains a balance between the rights of the citizens and the body-worn camera users. Also, the law needs to be obeyed for the betterment.