In Asia, the area where police officers wear body cameras is rapidly increasing to reduce violence between police officers and citizens. It is widely believed that the spread of body camera technology will clarify the responsibility of police officers, thereby improving citizen safety. However, there is very little data that can be used as a basis for improving safety.

More security for citizens and police?

In the beginning, Body-cams have been tested by law enforcement bodies. The handling should be checked and if the technology is already mature. But what exactly should the body cameras do? We look at the new technology from a special angle.

Body-cams are supposed to protect police officers from attacks

Video surveillance is now widely used on private property to protect property from criminals. As long as image sections only depict the private area, use is permitted. For video surveillance in public areas, there are major restrictions, which forced the Federal Council to decide on the use of body cameras. 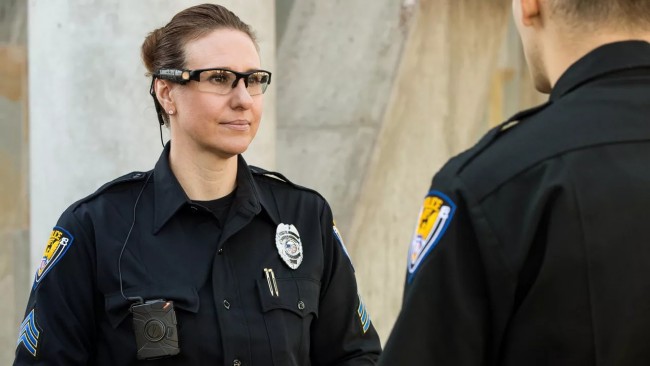 The camera-wearing policemen can be recognized by marking with the inscription “Video recording”. However, the cameras are not running permanently. Only in the case of impending conflicts, the cameras are turned on by the officials.

At the same time, supporters of the new security technology emphasize that the cameras should not only protect the police officer himself. Since again and again of excessive police violence is mentioned, the cameras should also be used in the case of an indictment of police officers in court as evidence. It is thus possible to check whether the actions of the officials were indeed outside the regular framework.

What effect do people in charge expect from the use of the Body-cams?

In general, based on local and overseas experience, the police monitor with a body-worn camera with the following advantages:

(a) Recording the occurrence of incidents more reliably: These video clips may enhance the accountability of the police force and the public’s trust in the police force due to the wider range of body-worn cameras or filming scenes;

(b) Facilitate investigation and prosecution: The police can use the footage taken by the body-worn camera as evidence for further criminal investigation. If the police decide to prosecute, the relevant fragments can be used to provide evidence in court;

(d) Mitigating conflicts: Portable body-worn cameras are considered to have a deterrent effect and can effectively prevent intense behavior. When the public knows that they are being filmed, they usually calm down and thus reduce the conflict between police and civilians.

On the other hand, the use of body-worn cameras in law enforcement has also attracted attention and doubts, including:

(a) The police may increase the use of force in certain circumstances: According to a study, in the process of police-civilian interaction, if police officers have greater discretion to decide when to turn the body-worn camera on and off, or increase the police The opportunity to use force.

(b) Privacy issues: First, since police officers have full discretion to decide when to start and stop recording, there are concerns that police officers may take a large number of fragments that are not related to crime. Secondly, police officers may photograph the painful experience of victims of crimes and the people involved in the rescue process or accidents with the body-worn camera in violation of the will of the photographer. Finally, there are concerns about the use of portable body-worn cameras that may violate the rights or legal privileges of certain individuals (such as witnesses, secret informants, victims, people who need to take underwear for search, etc.).

(c) Right to access personal data: According to the relevant personal data protection legislation, members of the public may have access to video recordings of portable video cameras containing their images. As the authorities may need to cover the unrelated images in the video recordings first, this may impose an additional administrative burden on the police.

In response to the above concerns, there are “clear and rigorous guidelines” governing the use of portable video cameras:

(a) The video is based on an event: the body-worn camera can only be used in “confrontation scenes” or “in the event of a social peace that has occurred or may have occurred”;

(b) Advising the parties before the video: Police officers using the body-worn camera must wear uniforms and hang the body-worn camera on the uniform. It is not practicable in the objective environment, otherwise, the police officers must inform the parties in advance before starting the recording. During the recording process, the on-camera recording opportunity flashes red, and the outwardly displayed screen will let the party know that he is being recorded and can see the recorded image. When the police officer begins to record, he must first record his/her name, the time and place of the filming, and a description of the event to be recorded;

(d) Privacy requirements: According to the Personal Data (Privacy) Ordinance, the public has the right to request access to the personal data kept by the police, including video clips. All such requests will be processed by the Regulations.

Reliable studies are currently missing, which proves that the use of Body-cams brings the desired effects of the unions and politicians.

Above all, the Interior Ministry and the police unions hope that the use of body-cams will provide more security for the officers. Therefore, other countries in the lines of reasoning are endeavored, in which the use of Body-cams so far proven.