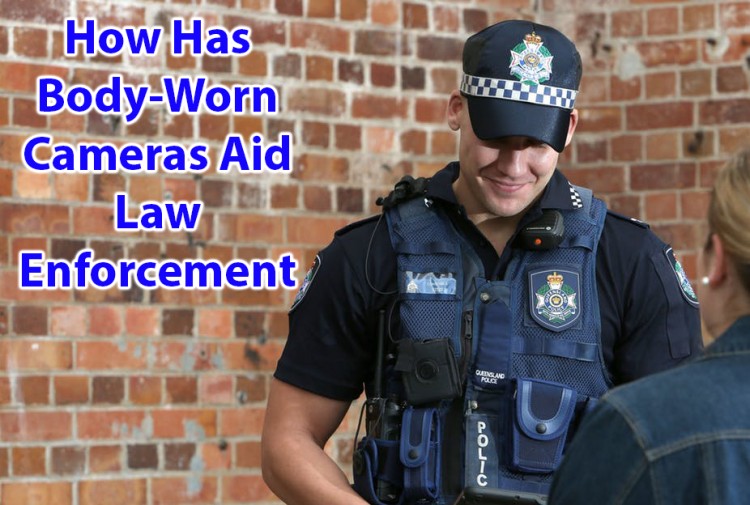 Body-worn cameras have been viewed as one way to address challenges and improve law enforcement practice more generally. The technology, which can be mounted on an officer’s eyeglasses or chest area, offers real-time information when used by officers on patrol or other assignments that bring them into contact with members of the community. Another benefit of body-worn cameras is their ability to provide law enforcement with a surveillance tool to promote an officer’s safety and efficiency and it also prevents crime.

“Law enforcement agencies across the United States and throughout the world are using body-worn cameras (BWCs) as a promising tool to improve evidentiary outcomes, and enhance the safety of, and improve interactions between, officers and the public. BWCs are also proving to be an important tool to assist broader law enforcement, problem-solving, and community engagement strategies within jurisdictions.” says the Bureau of Justice Assistance.

The adoption and deployment of body-worn cameras have provided law enforcement agencies a great help. Some major benefits of using this technology are:

The body-worn cameras have many benefits that are fully cherished by both public and police officers resulting in a better law and order environment.

One of the main advantages of Body Worn Cameras is that they provide enough evidence that can be held as indisputable evidence in court and helps better prosecution. For gathering such kind of evidence certain types of protocols are maintained:

Body-worn cameras may result in better transparency and accountability and thus aids and improve law enforcement. It is seen that in many communities there is a lack of trust between locals and law enforcement agencies. This lack of trust is aggravated when there are questions regarding the use of deadly or less-lethal force. Video footage captured during these officer-community interactions might provide better documentation to help confirm the nature of events and support accounts articulated by officers and community residents.

It is seen that citizens have been more amenable to officer’s commands during encounters. Citizens often change their behavior when they know that they are being recorded. It aids law enforcement in such a way that low-level encounters are settled easily rather than escalating to a kind where the use of force becomes necessary.

After all, we know that other cameras do change behavior. Public closed-circuit TV cameras seem to lead to a moderate decrease in crime, particularly in parking garages. Traffic cameras significantly decrease speeding and fatal accidents.

Even the suggestion that someone is watching us tends to influence us. In 2011, researchers at Newcastle University in England posted pictures of a pair of male eyes and the caption,

“Cycle Thieves: We Are Watching You.”

Bike thefts decreased by 62 percent in those locations — and not elsewhere.

The use of body-worn cameras also offers potential opportunities to advance policing through training. Law enforcement trainers and executives can use the footage to give an experience close to real-world encounters. They can analyze officer activities and behaviors captured by body-worn cams. It helps advance professionalism among officers and recruits. They would know what possible things can go wrong in public and how to avoid it.

The video footage caught on a body-worn camera can provide law enforcement executives enough data to enforce new strategies that are best integrated to gain more public trust as well as better law enforcement in that community.

Body-worn cameras accelerate the resolution rate of cases in which excessive use of force or misconduct by a law enforcement agent is alleged. Investigations of cases that involve inconsistent accounts of the encounter from officers and citizens are often found to be “not sustained” and are subsequently closed when there is no video footage nor independent or corroborating witnesses. This, in turn, can decrease the public’s trust and confidence in law enforcement and increase perceptions that claims of abuse brought against officers will not be properly addressed. Video captured by body-worn cameras may help corroborate the facts of the encounter and result in a quicker resolution.

Boosts up the officer’s confidence:

While all of the above highlights many of the positives of using body-worn cameras for policing and law enforcement applications, the cameras themselves should not be considered a ‘magic bullet’. Body-worn cameras are one of many tools that can be employed with a modern policing framework to improve effectiveness and safety.