How does the Global Positioning System (GPS) Works and What Can You Track With It?

How does the Global Positioning System (GPS) Works and What Can You Track With It? 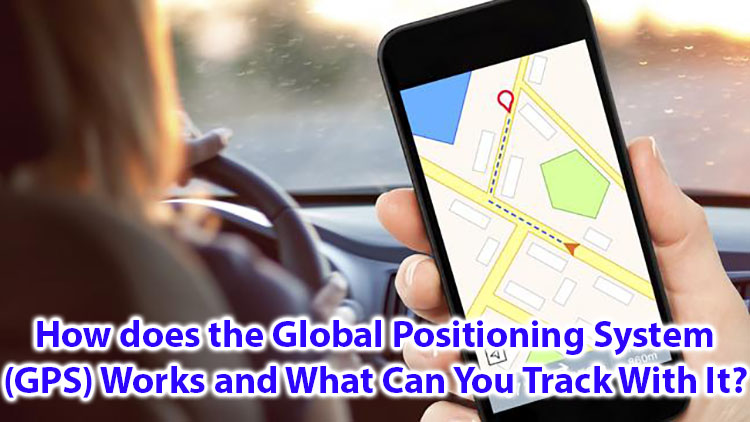 Global Positioning System (GPS) is a satellite navigation system that creates location and time information in all areas and climate conditions for its user. It was formed from the constellations of 24 satellites and their ground stations, the GPS system is mainly funded and overall controlled by the US government Department of Defense. GPS is also used for navigation in vehicles including ships, planes, cars, motorcycles and trucks. This system gives a lot of advantageous power to the military and civilians all around the globe, GPS provides continuous real-time, 3D positioning and navigation with timing worldwide. It can be said to consist of three segments:

GPS is a method of getting the exact location of an object or person. A GPS tracking system, for example, maybe be placed in a vehicle (A car), on a special GPS device like a PDA or even on a mobile device. It could be a fixed or portable unit, it functions by providing an exact location. It can also track the movement of objects and people. For example, a parent can use GPS to monitor the movement of their kids on their way to school or could be used by courier services to monitor the movement of delivery trucks.

GPS tracking system uses the Global Navigation Satellite System (GNSS) network. This is a network that incorporates a range of satellites that utilizes microwave signals that are transmitted to a GPS enables the device to give information on its speed, location and time zone with direction. Hence, a GPS tracking system can provide both historical navigation and real-time data on any kind of journey.  GPS provides special satellite signals that are processed by the receivers, these receivers can not only track the location of a signal but can also calculate moving velocity for an object on motion and time zone of where it is located. Exact position can be exactly pinpointed using 4 GPS satellite signals to produce 3D view, the space sector consists of 24 working GPS satellite and 3 extra satellites in case one or more fails. Each satellite moves around the earth every 12hours while transmitting radio signals that are received by GPS receivers.

How GPS determines a position

The working principle of the GPS is based on a mathematical principle called “trilateration”. Trilateration falls into 2D and 3D types, in order to make the perfect mathematical calculation the GPS receiver must first know two things. First is the location of the place under a minimum of three satellites and secondly, is that it must know the distance between the position and the satellites. All these deal with signals that a transmitted using electromagnetic waves that move at light speed, these actions occur in seconds.  The position is determined afar off from the satellite distance measured, four satellites are used to determine the position of the receiver while on earth. Confirmation is made by the fourth satellite. The rest three satellite are used to trace the location place on earth since GPS consists of satellite, control station and monitor station. The GPS receiver takes the location of the object from the satellite and uses a method called “triangulation” to determine the exact location of the user or object.

Some particular use and application of GPS

The tracking system in a diverse perspective

A GPS tracking system can work in diverse ways, from a commercial perspective, as mentioned earlier; GPS is used to record the location of vehicles from companies as they make their various journeys to their individual destination. Some system stores their location from time to time in a log format on a memory stick on the GPS tracking system, this is known as passive tracking. Another method is the active method, in this information is sent to a database at every time interval on a regular basis, this is most often employed. GPS tracking in-vehicle helps immensely since police investigation would always begin from here if the vehicle is stolen, the tracking system would help get the location it was taken to.

Mobile phone tracking, the invention of mobile devices has long exceeded the initial purpose of accessing users if they are mobile. Mobile phones today are more advanced and offer more useful than to just carry on or convey messages via Short Message Service (SMS). Cell phone GPS tracking is a major advancement in technology. Cell phones are constantly transmitting radio waves even when not in use, this is always been a method used by mobile operators to locate a cell phone at any particular time. In recent times GPS functionality has been added to these handheld devices and now phone tracking has never been easier and accurate, the principle of triangulation is used by the satellites to always locate a device. Location technology is based on measuring power levels and antenna pattern alongside the fact that mobile devices always communicate wirelessly with the nearest base station, once you know what base station a mobile is communicating with you know it’s remote location usually location precision of up to 50m.

Importance of the GPS tracking system

Through our man-made stars, we can know where we are and where we are going at every point in time. Navigation and positioning have always been a problem for the man in ancient times, this has been made very easy in modern times all thanks to the GPS system. GPS in cars, boats, planes and even trucks makes navigation really easy. Self-driving (autopilot) is only possible due to GPS.