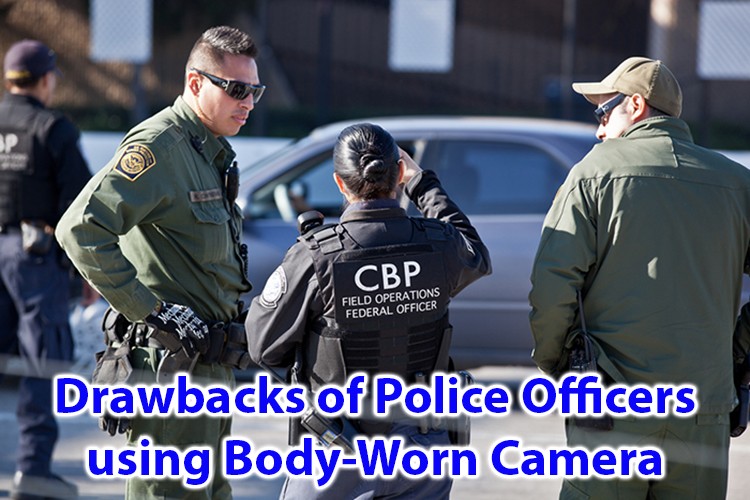 Advocates of increased transparency in law enforcement are understandably keen to see more police officers wearing body cameras. Not only is there some evidence that police officers wearing body cameras contributes to a decline in police “use-of-force” incidents, but footage from police cameras has also provided useful evidence to those investigating allegations of police misconduct. Yet despite the benefits of police body cameras, there are serious privacy concerns that must be considered and addressed as they become more common.

Law-enforcement agencies around the world begin using body cameras to monitor police interactions with the public, the chest-mounted recording devices are increasingly making their way into public schools.

Early evaluations of this technology had limitations; some notable recent research has helped advance our knowledge of the impact of body-worn cameras. Now the latest cameras are Mini WIFI/GPS/3G/4G/Wireless devices that can be easily mounted on sunglasses, clipped to hats or attached to uniform collars, or to pant belts or lapels, or hang in the neck as a badge body camera. The base of the recording device is external memory. Officers can wear the cams throughout their shift. The batteries last for approximately 12 hours. The devices are capable of recording high-quality video, even in situations where there is low light or complete

1. It only works when the police officer uses it correctly.

Buffering is one of the most critical features of body cameras for police work. This option allows for the equipment to pre-record, operating continuously while storing the most recent 20 to 30 seconds of footage. If the officer presses the record switch, then that data is kept. If this action is not taken, then the recording will be deleted on a first-in, first-out basis.

2. It creates adaptability problems for some officers.

When someone tells you to immediately start doing your job differently after you’ve put in 10 or 20 years on the job, then it makes your role in the community feel a little uncomfortable. Change is always a challenge, even in the best of situations. The outcomes are generally positive with police body cameras, but there tends to be a lot of initial friction from veteran officers on the force. If departments rush quickly to this technology because of outside pressure from the general public, then the disadvantages here can be magnified numerous times. Departments must create policies that speak clearly and consistently to how video is gathered, stored, and used. Funding must be secured before introducing cameras to the force. It is a process that doesn’t happen overnight, even if there are agencies who do their best to implement this technology in such away.

3. Technological issues could prevent the policy of body cameras from working sometimes.

Police body cameras are a technology, just like smartphones, laptops, or automobiles. There are times when this equipment will break down, and it usually happens in the worst of circumstances. A battery might die for no reason, there might be an obstruction on the lens of the camera, or the video footage might fail to store. There can be damaged components in a struggle and other failures that occur too. This outcome could result in missing witness statements, behavioral observations in the field, and other evidence collection concerns that could adversely impact the outcome of some cases.

1. Misleading use of Footage

If cameras are under the control of the officer, a selective recording could lead to accusations that video footage is misleading, has been taken out of context, or deliberately manipulated to secure a conviction but constant recording could have perverse effects and remove the ability for police officers to use their discretion. If they were wearing cameras, they might feel obliged to pursue minor infractions, which they might deal with differently otherwise. Given the appetite for footage of real criminals being arrested, there are also risks of videos being leaked, hacked or shared inappropriately and this would be a severe breach of privacy. Some departments allow their officers to turn off their cameras during sensitive moments, but this disadvantage also means that the technology might not be engaged during an emergency situation. American society is still struggling with the balance of needing transparency and the rights afforded by the Fourth Amendment.

Law enforcement agencies must use such devices which is highly encrypted, editing features are not placed internal storage available with extra external storage like SD Cards to store long videos.

Police body cameras decrease the safety of police officers and negatively affect their physical and mental health. Some people respond negatively even violently to being filmed by police, especially people who may be drunk, on drugs, or suffering from mental health problems. A report by the UK Home Office noted potential health and safety issues with the use of body-worn cameras including head or neck injuries, electric shock from damaged equipment, and radio failure if cameras and radios were used in close proximity to each other.

Law enforcement officers and citizens rely on each other to reduce crime. Although communities depend on the police for protection, the police’s ability to effectively fight and solve crimes depends on their relationship with the communities they serve. This relationship requires voluntary cooperation from within the community by means of obeying the laws and accepting directives from the police officers.

Unfortunately, recently the relationships between police and their communities have worsened throughout the world. Police body cameras invade the privacy of citizens, expose victims and witnesses of crimes, and damage police-public relationships. Recording police-public encounters can lead to the public exposure of private medical conditions, victims of crimes such as rape or domestic abuse, witnesses who fear reprisal from criminals, and informants – especially in states which have laws allowing public access to the footage.

The most obvious privacy concerns are those of the civilians filmed by police officers. If footage from police body cameras is considered public record then hours of footage of innocent people’s interactions with police officers are potentially available. It is not hard to imagine a situation in which police officers wearing body cameras enter someone’s home and leave without making an arrest. Footage of that encounter could reveal embarrassing or private information about the homeowner. (Feeney, 2015)

This process also allows the officer to retain video of everything that occurred and can provide context to an incident, mismanagement can also cause the evidence to be deleted. Continual recording would mean that all of a police officer’s daily activities would be recorded and they would be fully accountable for their actions. But it would also mean that many members of the public, who are not involved in crimes, would be captured on film and this would be an unnecessary intrusion on their privacy.

Police personnel may worry that some of the materials captured by the camera could damage their career if, for instance, they make a side comment about a supervisor. Sometimes officers are not aggressive but speak loudly near to camera show them doing misbehave with people, such things may destroy officers’ careers.

There has been enormous scrutiny of police-community relations in the past several years, based on several high-profile incidents involving the use of deadly force. Politicians, civil societies, and victims’ families have called for law enforcement agencies to equip local officers with body-worn cameras to increase transparency and accountability. The sudden rush to equip police officers with this new technology left some questions and concerns about privacy issues.

While all above the security concerns does not mean that BWC must not be used. The police officers are wearing body-worn cameras for creating trust in police try to make a new way of relations between police and communities. All the technologies have positive and negative effects, so in these modern days, there are the latest cameras which not overcome all of the concerns but can reduce them.