Despite the Limitations, Police Body Cameras are Still Popular

Despite the Limitations, Police Body Cameras are Still Popular 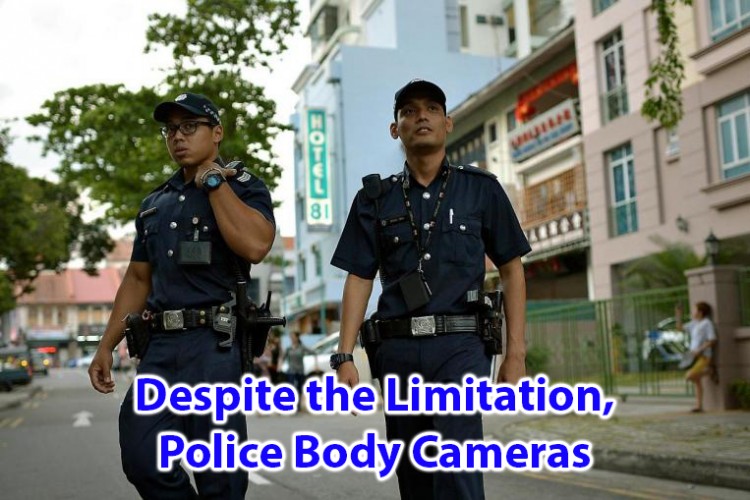 The body-worn cameras have their falls, it’s not all good and perfect. This piece of infrastructure has some problems it faces and issues that arise especially when it is misused or used in wrong conditions. We’d be listing a few of these and be critically judging if, despite its advantages, these falls can be overlooked? And what effect does this limitation they come with bring?

Whenever we want to refer to the disadvantage of running this process, two bold problems come to mind are money and space. There is always the problem of how and where to store these videos, even the need to train security agents on how to do this also arises. You could buy a camera for as much as a thousand dollars, this event isn’t a problem but storing in archives, sorting, and proper arrangement in order to be able to reach easily for a video when needed. This becomes a major problem in many cases. Though the police officers say they are able to reserve more money that would have otherwise been spent on a criminal case, storing these big volumes of data videos occupies become the next big challenge.

At the current level at which a body camera has been developed, the camera isn’t yet an eye tracker as we see in the FSI. The FSI is a piece of technology that can follow where the eye is looking and uses a blip to focus on the target in view. It can change motion with the eye in microseconds. A body camera is built in such a way that; you could be looking at a particular place and still not capture the action ongoing in that area, it is every possible to not see the action that is occurring right before you on the camera.

In comparing the camera a bit more with the eye, it is impossible for the camera to recognize and act in accordance with a physiological or psychological trauma that the wearer might be undergoing. This makes it not so adjusting to a particular situation. The eye has the ability to filter off unneeded survival images or happening around if a person need s to get out quick of a particular situation. While comparing the human eye to the body-worn camera it falls greatly behind, when you might be under a threat, your brain will show the threat coming closer and closer just to move you and make you change location from that particular area. This phenomenon is known as “looming” this is one limitation of the body-worn camera, it simply captures without processing and ability to relate with what’s happening. These are factors that could even make a person reviewing the footage later, experience difficulty in relating to a particular incidence that might have occurred. This, however, becomes a major setback of the body-worn camera.

There are important moves, called “tactile cues” that can’t be caught on camera. Let’s assume an officer was going to arrest a suspect, but the suspect attempts to resist using his muscles. This is something that can’t be caught on camera but when a situation such as these occur. The officer is usually forced to use extra force to arrest. When videos such as these are viewed later, it is always seen as though the officer used unnecessary force to handle a suspect. This is very misleading as it becomes a shortcoming for the body-worn camera, this could cause major problems in the investigation.

Another problem that could be perceived is the fact that; memories don’t show up on cameras. Officers are meant to have experiences in dealing with cases, a civilian might see an incoming situation while an officer might see and perceive some impending danger and act. These memories or experiences don’t show in a camera, it would simply feel as though the officer just acted for no reason at all. We can try to think of a scenario where a suspect raises his hands up in a particular manner, a civilian might just feel it’s just a normal move or perhaps an act of surrender, but as an officer of the law with a lot of experience and training. You immediately remember past scenarios or remember trainings and act accordingly.

The recording speed at which body-worn cameras record, is very different and by far faster than the regular CCTV camera in a store or facility. As a result of this record speed, some events can happen so fast it could get lost in-between frames. Issues like this could make the flash of a knife or muzzle, which could become very important in an investigative case could be lost to this record speed. Another missed factor is the action and reaction time of the body. So whether an officer is shooting or preventing the shooting, the action and reaction could be seen and interpreted wrongly hence causing problems.

There are times after recording footage is being played, a low light region becomes very visible to those viewing hence, they are unable to perceive or see what a person who could barely see in the situation being considered couldn’t see. An officer could be down in a tunnel trying to appeal to a suspect to come out slowy, he might decide to come and could perhaps be holding a cellphone or an object in the hand. The officer might suspect or thing it is a gun and might be agitated to shoot. These are scenarios that could make analyzing a video quite complex. It is also been seen that cameras can’t always be too reliable with light, they could go from bright to dim in seconds removing very important details form focus.

Some other limitations are: