Carrying Out a Body-Worn Camera Program and Classes

Carrying Out a Body-Worn Camera Program and Classes 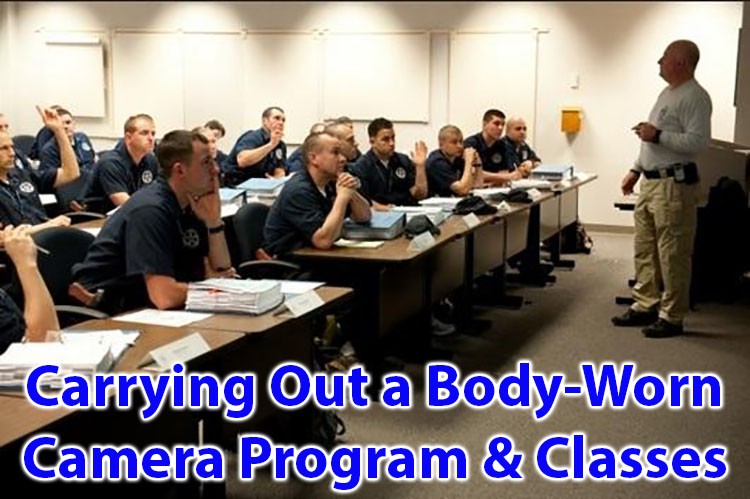 The body-worn camera has been around for quite a while and has had its ups and down, in the course of the past few years. The law enforcement agencies particularly the police have had to carry out more research on how much help the implementation of body cameras has helped. There has also been a need to thoroughly access the situation, cancel some actions while also modifying some others. The major challenge that has always come up concerning the body camera has always been privacy issues and lack of trust in what is being done with the video footage in the end. In this writing, we would discuss the perceived benefits of the body cameras and the consideration comes with must be quickly addressed. These generally provide very understandable recommendation that shows the promising practices and the lesson learned.

Benefits of using the body-worn camera

In the police force where body-worn cameras are used, there are some advantages they say the body cameras bring and this overall perception brings to the public. Some of these benefits include:

It is important that agencies develop very comprehensive written policies prior to implementing a body-worn camera program. Having these policies guide the use of the body-worn cameras is paramount, complications might arise from the implementation of the body cam as a lot of problems especially privacy issues. As these policies are rolled out they must be specific enough to provide very clear and consistence guidance but essentially still allow room for flexible adjustments as the program evolves. During the development of these policies, it is very important to have a sit-down agreement with the supervisors, legal advisors, police unions, prosecutors, community and the frontline officers as this is useful. It is the role of the agencies to make the policies available to the public.

There are many concerns that body-worn cameras raise as that agencies must take into account as they formulate their policies. One of the many effects that should be noted is that on the privacy and community relationships, the expectations created by the cameras concerns raised by the officers on the front line of duty and then finally its financial cost. The following are recommendations based on the research of PERF and the cops office. Agencies adopting them should fit them to their own needs, resources, legal requirements and also their philosophical approach. These recommendations are:

The body-worn camera program in agencies is fast-growing, policies and these recommendations are quickly needed to guide things in the right path.