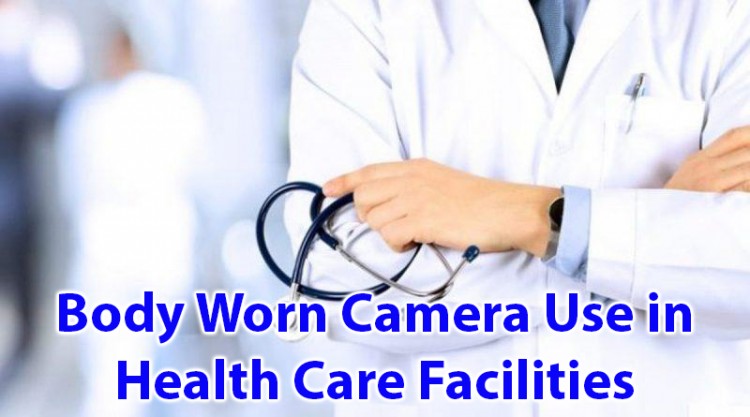 The body-worn camera is a modern device containing audio and video capture that gives facility to a man to record what they see and hear. A policeman or a doctor or a paramedic can attach to various parts of the body, including head, a helmet, glasses, or to the body pocket, badge or other means of attachment such as in-car and on the dash. They can record the activities of the person who is wearing the camera. Previously, only an in-car or interrogation room camera system captures all such activities.

Now the question arises, what are the limitations and advantages of body-worn cameras? Body-worn cameras have a lot of advantages and merits. We are going to present the research here. The University of Cambridge, Institute of criminology in the United Kingdom issued a research report on the advantages of Body Worn Cameras. It showed a reduction of fifty percent. The report has said that not only we have seen a reduction in the use of force but also complaints against police officers have ninety percent reduced.

Other advantages of using body-worn cameras are preventing confrontation situations, resolving officer complaints, correcting and identifying integral problems within the agency, improving agency transparency, and improving evidence documentation. The Body-worn camera also assists the officer to be professional while on duty.

After introducing to Body-worn camera and narrating its advantages, we go to our main topic. The body-worn cameras help decrease violence in health facilities. The Government of the United Kingdom implemented in the hospitals that security officers must wear a body camera. In the Queen Elizabeth Hospital in Birmingham, England Security Officers wore RS2/RS3 body cameras. The study lasted for three months in the hospital. The security officers at this hospital were able to record any acts or threats of verbal and physical aggression, threatening or unreasonable conduct or vocal and racial mistreatment. There are many occurrences over this period in which body cameras helped in different issues. A female patient was not willing to leave the emergency department and insisted on prescription drugs. The female patient accused employees of the hospital of touching her inappropriately. In the meanwhile, the security officer of the hospital told her that his camera is recording her and you are under surveillance. This research was a great success.

Another example of the use of Body-worn cameras is of National Health Service Foundation Trust in the United Kingdom. Security officers there are accountable to tell the patient that they under the surveillance of the cameras if they act inappropriately. Not only the body-worn cameras reduce violence but also the cameras detect blind spots that other surveillance devices were unable to do. The body-worn camera was also useful to identify staff requesting entry into the hospital. The Cardiff Hospital in Wales has also been taking of benefit of Body-worn cameras. Security officers of the hospital turn the camera on while facing a violent situation.

At the University Hospital Wales, the security officer warns the person who tries to be aggressive that he is under the vigilance of body-worn cameras. The footage in which body-worn cameras capture is great proof of criminal persecutions. These practices have greatly brought the rates of violence down.

The United States of America Office of Justice Program’s Bureau of Justice has developed an online toolkit. This toolkit helps different agencies to train on how to use body-worn cameras. A variety of roles within an agency requires different methods for training and is provided on this online facility. Professors of Criminology Charles Katz and Michael White created this online toolkit.

Should Healthcare centers use Body-worn cameras? Body-worn camera technology in a hospital environment is a major concern regarding the expectation of privacy of patients and visitors given the regulatory and legal situations that the healthcare environment requires. There are very stern rules governing the use and release of information regarding behavioral health patients, many of whom begin their care in a hospital’s emergency department, a commonplace for law enforcement officers.

In the emergency department, there should be body-worn cameras. Similarly, there are certain victims and witness interviews that law enforcement officials conduct in the hospitals such as sexual assault, child abuse, and domestic violence case that will create a potential conflict with existing rules due to the location of the interview and relationship of the subject with the health provider.

By assembling a multidisciplinary team, including local police, risk management, legal services, and health care security professionals can research and potentially ease many of the prospective issues involved with the use of such technology on their campuses.

The health information which Body Worn Cameras collect, the organizations under Law Enforcement Purposes may unveil fewer than five circumstances.

Similar to the United States of America’s HIPAA Privacy Law, the United Kingdom Data Protection Act and the Australian Privacy Law does not inform the use of video and body camera use is a breach indiscretion. No rule in the law states it is improper to use body cameras in hospitals. Under the Judicial and Administrative procedures, the law relates that covered entities may disclose protected health information in a judicial or administrative proceeding if the request for information is through an order from a court or administrative panel. It means that the Law can disclose protected health information for judicial purposes.

In a nutshell, our research suggests that the use of Body-worn cameras is highly useful in Health Care Facilities.