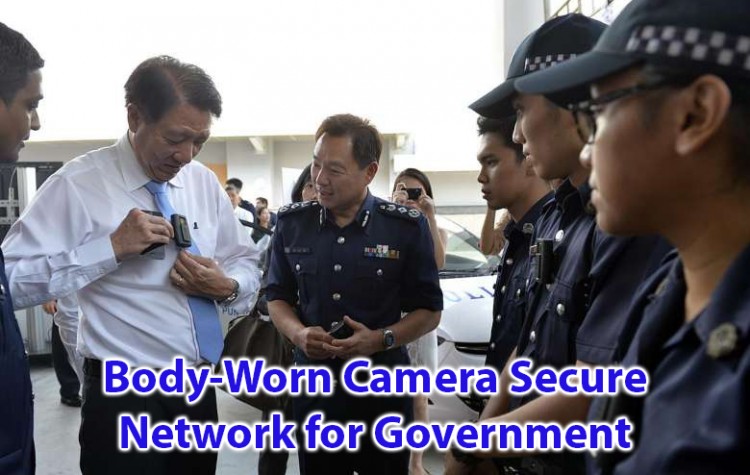 A synopsis of the body-worn camera:

Living in a technological era of advanced devices, the latest equipment have become the need of the hour to ensure the security and safety of society. The body-worn camera is a small device that an individual can clip with collar or pocket whilst some others have a magnetic clasp. An individual can also build it onto a helmet or into glasses. The battery of this modern device lasts for more than 6 to 8 hours with continuous high-quality recordings. It can also record videos at night or in a dark place. It is highly recommendable for security personnel.

Use of body-worn camera as a secure network for Government:

In the last few years, it has become quite obvious to see the increasing usage of the internet. Similarly, in the current age, anyone can easily upload video footage on many platforms and commence live streaming. In that course, Body-worn camera has become a secure network for Government along with all its pros and cons. When we talk about security and safety, Security officers or Police personnel come to mind. Now many state governments have made compulsory for Police Officers and security personnel to wear a body-worn camera. This latest technology enables them to record any incident occurring at the crime scene or even during a normal conversation after any security alert. This is quite helpful to increase alertness as well as transparency in dealing with crimes and security alerts.

However, the practice loving Body-worn Cameras is at its initial phase but gradually it is becoming standard equipment in the Police Department and a part of dress for Police Officers throughout the country. Several high profile cases have brought this technology to the front position and increased its popularity. Now Body-worn cameras have become a new trend in the law enforcement community. Law enforcement agencies approach with pilot programs to evaluate its utility.

Surety of Secure Network for Government:

How does a body-worn camera ensure a secure network of a government? The use of body-worn cameras characterizes the transparency and accountability of police departments. Studies have shown that improvement has come in the professionalism and behavior of police officers through the use of body-worn cameras. This increases alertness among the police officers. They become more aware of their actions and interactions with the general public and less likely to cross the line between the use of force necessary to detain suspects and blatant overuse of force.

Studies from different sources have shown that when individuals feel themselves under surveillance their behavior will change. When they see themselves under the supervision and recording of body-worn camera they become more dutiful and alter their interactions with the person who is recording. Collected evidence shows that individuals, who are aware of the fact that the eye of the camera is observing them, embrace commonly-accepted or submissive behavior especially when the observer is a rule-enforcing entity. There are several times in an officer’s career when the person they arrest and the conduct they present on the scene is quite the stark contrast when both meet in the courtroom for the trial. The professionally dressed defendant who talks brightly is much different than the drunken patron that was involved in a fight and detained for the battery. Researchers closely observed that when the court see video recording the impression would be quite different. It can be extraordinarily frustrating to arrive in court to find a defendant dressed professionally in a uniform with angelic conduct that is completely different from the person who was arrested. By the use of the camera to capture that person’s real character and attitude can be very helpful when it comes to trial.

Along with possible behavior alterations, other understood benefits of body-worn cameras for agencies are decreased citizen complaints and officer use of force incidents. In 2012, the City of Rialto Police Department, in association with the Cambridge University the United Kingdom, conducted a yearlong study on the consequences and impacts of police wore body cameras. Over a year, diverse patrol shifts were provided with cameras while others were not. The study was a casual sample of different shifts at different times for the study. After the yearlong time, the results were astonishing. The groups that were allocated body cameras had a reduction of use-of-force incidents by 60% from the earlier year. The study also reported that citizen complaints about that similar group were reduced by 88% over the previous year’s judgments. The Rialto Police Chief stated the reduction in the number of complaints was due to the officers behaving better or the citizens behaving better, it was probably a little bit of both.

Both studies proved that Body-worn cameras secure network for government because the awe-inspiring results describe that body-worn cameras decreased citizen complaints. This is due in part to conduct on both sides from the wakefulness of having the incident being recorded. Greensboro’s Police Chief Ken Miller says that we encourage our officers to let people know that they are recording because we think that it elevates behavior on both sides of the camera.

Video recording from officers using body-worn cameras can also be used to correct the internal problems of the department. And it is a useful training tool. In a recent survey from Police Chiefs around the country on the use of body camera video, 94% of the respondents stated that they use it for review by administrators to correct officer behavior or as a training tool. Body camera video has a huge amount of training examples. While reviewing footage, administrators can evaluate current policies and decide if revisions need to be made based on real officer encounters. The training department can generate very specific scenarios to train its officers based on real calls in the field. Additionally, officer training can now be exact to the individual agency or interior department.

Maybe one of the biggest advantages to law enforcement will be capturing and documenting proof for criminal investigations. Again, it is just another tool that can help in the flourishing trial of criminals. When officers reply to the main crime scene, most of their focus and the first main concern is securing the scene and helping victims with first aid measures. As they began their interviews and endeavor to put together what happened, it is hard to consider all the details. By using a body-worn camera, the officer can record the scene and many minute details that would have been missed. As they are walking around the crime spot, they have recorded it as it was upon early reply. This tool can give a wealth of information to officers that usually arrive well after the fact when it is quiet and not hurried. Dalton’s Police Chief Parker says that unlike in-car cameras, body-worn cameras record everything that occurs as officers’ travel around the crime scene and interview numerous people. The body-worn cameras have been amazingly useful in correctly saving information.

Local prosecutors are also encouraged and energetically engaging agencies to take on this technology. Having a video record to present in court is typically hard to protect. In Kentucky, a local defense attorney opined about the use of providing body-worn camera video. It makes it much easier for them to comprehend a culpable appeal is most likely going to be in their best interest, because you don’t want a panel of judges to see this. This is mainly true for familial violence cases when the video proof is provided in court. Many times, especially if there is an outline of abuse and the victims are scared, they do not want to press charges. Gathering proof is difficult at best. Coupled with unhelpful victims and trial is almost virtually impossible. By providing prosecutors with video proof upon arriving on the scene, it will capture the behavior of the victims and suspects as well as any injuries maintained. Providing this information to prosecutors, they can build a case even if the victim declines to press charges or refuses to provide a statement. Chief Miller of Topeka stated that when we showed suspects in familial violence cases video recording from the body-worn cameras, often they beseeched culpable without even having to go to trial.

To sum up, the body-worn camera has solved a lot of issues and concerns of law enforcement agencies and become a secure network for government.