Body-Worn Camera put to Use in Health Care Facilities

Body-Worn Camera put to Use in Health Care Facilities 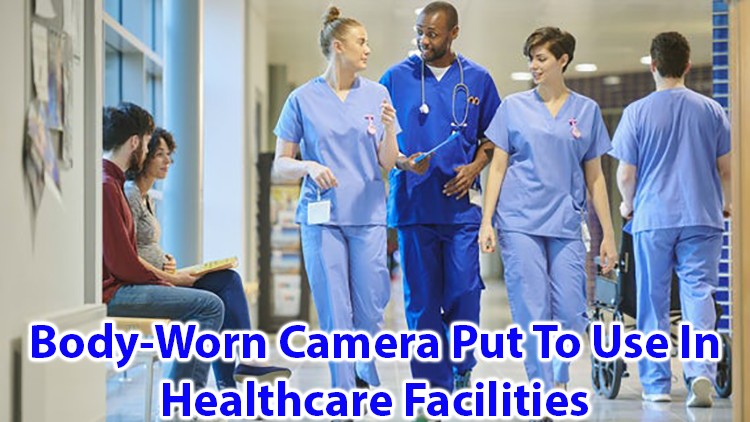 Body-worn cameras are devices that are worn on the body to record events, they are mostly used by law enforcement agencies. It has been an extra eye to carry around, in the police department where it has been implemented and is used to solve daily crime problems. There has been a tremendous result and both the police department who have now seen a decline in the use of force by their officers and also the citizens have reduced the wrong accusation of cops. The body-worn camera is now being considered for implementation in other segments. The healthcare for example has decided to adopt this piece of technology into helping their health workers perform their duties better. In the UK some health care facilities have since adopted the program and it’s been incorporated.

In the UK there has been a decline in violence at hospitals by 28%, these results were gotten when a study of three months was carried out at the Queen Elizabeth hospital in Birmingham, England. The security officers at the hospital wore RS series body cameras. With this camera on their bodies, they were able to record every threat of verbal abuse or even physical agitation against them. All intimidating or even unreasonable behavior, they were also able to capture all form of racial and verbal abuse with the cameras. There have been lots of incidents that had happened over this period of time in which the body camera has been able to help. There was the case of a female patient who refused to leave the emergency department demanding prescription drugs, she went further to accuse employees of touching her inappropriately. This made the security around use their body camera and then announced to her that she was being recorded, this particular study has been a huge success for the security personnel. The results attested that the body camera was helping generally.

At the Hillington Hospital NHS Foundation in the UK, the health facility has begun to practice the use of body-worn cameras. The security officials who carry these devices on them are responsible for telling patients they would be recorded if they misbehaved or acted in any way inappropriate. As a result of these awareness among people, there was a huge reduction in violence. The cameras were seen to be able to detect some flaws in the CCTV surveillance that were placed around as the body cameras could see close-up. The cameras were even able to recognize staff that request entry into a department. In the Cardiff hospital in wales, there has been a huge practice of the usage of the body cameras. The security officers here majorly turn on the cameras to curtail a violent situation, at the university hospital at wales, once an individual has seen misbehaving and acting inappropriately they are simply told they are being recorded. Whatever video is recorded of such a person could be used against them, in the court of law with these methods in practice, crime has gone really low in the hospitals.

Limitations of the system

The body camera has many advantages but there are some limitations the system comes with that isn’t quite easy to overlook. These limitations are:

The general limitations associated with body-worn cameras need to be improved, they need to be able to show how effective they are in showing footages that can be very relevant to an investigation.

Body-worn cameras: should they be allowed at healthcare facilities

The first major issue that comes up when this is discussed, is that the hospital should be one of the places where privacy of patients and visitors is important considering the legal and regulatory circumstances that healthcare demands. There are very strict rules that govern the usage and release of information on some special need patient, many of their treatment begins in the emergency department, this happens to be a particular area where you would find a lot of security with body cameras. Then also there happen to be victims and witness interview that is usually conducted in the health facility, by the law enforcement officials especially on issues like: sexual assaults, domestic violence and child abuse, these are cases that can conflict with the hospitals rules and breach privacy for some patients around.

Courts, States are really standing on the issue

In recent times, there have been some recent cases that were on the recording issue especially on the use of social media, in the year 2013 Connecticut and new jersey made taking pictures of patients by emergency personnel which could be fire or policemen a criminal offense. According to the new law, only authorized personnel was allowed to take these pictures. This all started in 2009 when Cathy Bates, who died in a ghastly car accident. During this event, a first responder posted the picture and the details online on Facebook before her family was informed. The two states also prohibited the sharing of pictures of patients without their consent. In 2013, Maryland Assistant Attorney issued an opinion memo connecting picture taking of a patient as a direct violation of the Health insurance portability and accountability act (HIPAA) this also touched the state law medical privacy violations. In her memo she wrote about how taking the photos of identifiable patients actually constitute the “individually identifiable health information” under the HIPAA, its releases by any means would be a violation with both criminal and civil consequences punishable by the law. That of course is if the individual involved consent isn’t gotten before this was done, then a lawsuit might even be pulled against such individual or agency.

It is possible that a healthcare organization has very strong policies and procedures presiding its own workers and facilities. It isn’t really even much of a big deal if they have such rules & regulations, these policies are to guide conduct and to ensure ethical practices. Unless the local law enforcement and others adopt similar supportive language in their one policies also. there is still a very high potential for breaches when there is a third party use of the body-worn camera, in a nutshell, a third party would mean an individual without formal training and didn’t get the device presented to them but somehow found access to one.

The conflict between hospital and law enforcement policies

Due to the very vast nature and wide use of portable electronics and their recording capabilities, many healthcare providers have developed many policies and procedures detailing the accepted and the most appropriate use of these recording devices on their property, this property could mean the patients and even the visitors. While most of these policies are very easy to understand and don’t require any serious thinking and critical overlook. Some provisions might however be in conflict with predictable uses that law enforcement body-worn cameras systems will likely encounter. An example of this is; if an individual would love to take a picture or record a patient, he would need a verbal approval or consent from the individual before doing so. But what if it is law enforcement agents, there comes the problem of who is to take the permission perhaps it’s the agency or the hospital. Example of cases that bring up these confusing and difficult to answer questions is the sexual assault investigation or domestic violence interview in an emergency department