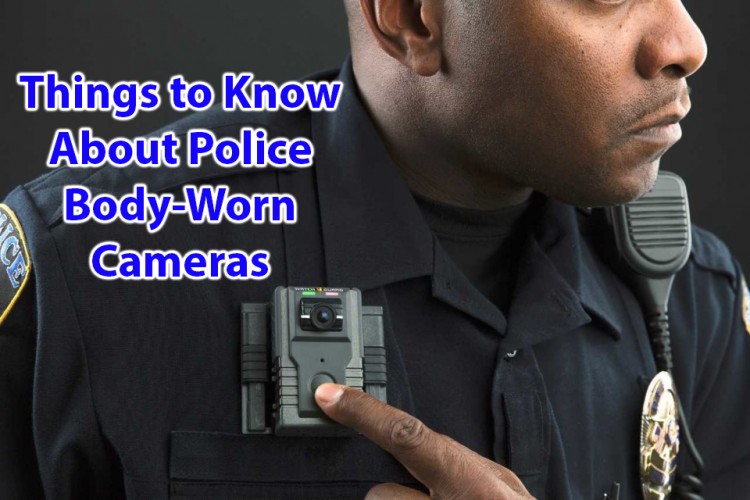 Body-worn cameras are not entirely new to this generation. We often notice bodyguards and covert operation agents use this for intelligence while on operation. As with any technology, the police body-worn camera are becoming a new trend in modern law enforcement agencies. As agencies gradually proceed with their programs, it essential they look critically into the body-worn camera system and analyze if it’s truly worth it and there is justification for its implementation.

When approached form the public’s view on the matter, it is seen that there is an increase in accountability and transparency of police when on body-worn cams. Studies have shown that behavior and professionalism were seen at its peak, it’s not really new as it is just normal, people naturally tend to behave well when they are constantly aware that they may be under surveillance. They are seen to avoid the use of force when unnecessary or avoiding excessive use of force to apprehend.

Benefits were Drawn by an Officer While on Body-Worn Cameras

It’s no news that many law enforcement agencies have opposing views concerning the body-worn cameras, many feel uncomfortable about wearing it while they work. Some benefits and concerns observed are:

There has always been a problem of what police should record and should they even record everything? Well, this is a major problem, Body cams have the potential to destroy the relationship a police officer has been building since his arrival at the force. It should also be noted that witnesses at the crime scene love to stay anonymous and would do everything possible to avoid being recorded. Some of this discretion, guides police as to when to use discretion and give parameters that would guide use. There are two main approaches to discretion:

Discretion is something very paramount and must be observed, this is very crucial as you can infringe on civilian privacy and this could result in a provocation. It is crucial to note times not to records an event; as such times could be unsafe, impractical or even impossible. This, however, requires officers write documents on why they would be putting their body-worn cameras off.

Having body-worn cameras on, have given them ample opportunity of being able to use facial recognition technology to recognize individuals involved in a case. The usage of this camera allows the officer to record their surroundings, so far they have legal rights to be there. Another part to focus on, is how long these footages can be kept, used, stored or referred to. This further divides them into evidentiary and non-evidentiary footages. The former means footages that can be used for investigation purposes while the latter involves footages with no value or relations with an investigation, hence they are useless. It is essential in noting the fact that an officer may record an interrogation with a suspect, but it would be wrong to record an interrogation with any civilian on the street. It is trespassing and these lines shouldn’t be crossed.

It is good to note that the body-worn cams have a lot of advantages, but it must also be noted that training must be given to police officers and to make them know when and where to use and also how to use it too. Important of discretion cannot be overemphasized.

A lot of money that would have otherwise had to be spent on court cases has been saved, it is simply always very easy to see things in footage and prevent the inclusion of a court session. Researchers in a study led by the lab at DC and DC Metropolitan police department checked whether the presence of a body-worn camera on officers have really had effects in a major way. They saw that officers with body-worn cameras were more involved in court cases however, there were a lot of uncertainties since they were denied access to judicial outcomes.